This past weekend I went out with my Holga camera again, but didn't finish the film roll in it, so I can't show anything from that yet. And I also went back to working on the Tiffany photos again, finishing another one last night. I'm pleased with how quickly I seem to be working now, or at least learning when to stop. I could've played with the various Photoshop layer modes seemingly forever, though. I am looking for a more "damaged" look again, but a lot of the modes leave very little of the original photos visible, and I am still proud of the raw originals, so I didn't go overboard. 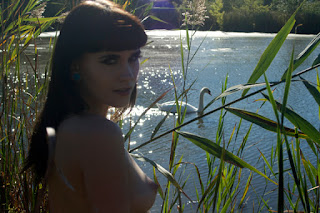 I had an earlier version that I completely scrapped, so that's yet another reason to praise working in digital, as the original photo was never really "lost." Although believe you me, I make sure to have several backups of everything, and at least one print made of my artwork. 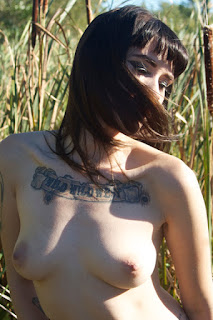 There are at least three photos layered here, with one chosen mainly for the watery texture. I usually go dark, literally, so this time I chose to fade to white. 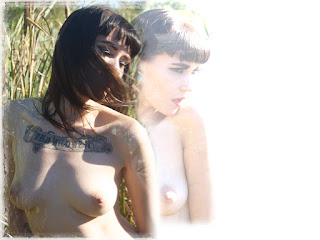 In my continuing cleanup process of the boxes and such in my apartment, I finally ran across several folders full of old artwork, much of it from my years at MassArt. Much of it wasn't as embarrassing as it may have been at some point, but I'm pleased that I've improved much since then. Also related to our digital present, back then they had us creating most of our assignments by cutting up colored Pantone paper, which both was pricey and time-consuming. I'm sure they do most, if not all, of it on a computer screen now. Oh you kids have it so good, you have no idea.
Posted by Matt Towler at 10:14 PM No comments:

After saying last week that I didn't expect to have much artwork to show this week, I instead have a lot more than I originally expected.

I did go to Dr. Sketchy's on Sunday as announced before. They were celebrating 9 years of doing this, plus, I guess, Valentine's Day. As is usually the case there, our model was a local burlesque performer, which certainly helps to emphasize that this isn't your typical life-drawing session, plus there are often entertaining stories as well. I did not always have the best vantage point this time, so instead of drawing detailed renditions like I tend to, I did a lot more smaller studies. 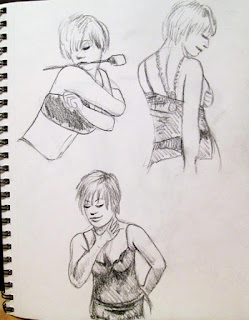 I've used my Holga camera a few times now, and I recently had some film sitting in it for months until I finished the roll. Part of the appeal seems to be the unpredictability of it, often coming from light leaks into the less than seamless, plastic body. Well. When I got this batch back, it clearly leaked a lot, as most of the roll got exposed, and I only got a few shots out of it. Good thing I wasn't depending on anything important from it. I got some interesting accidents out of what remained. 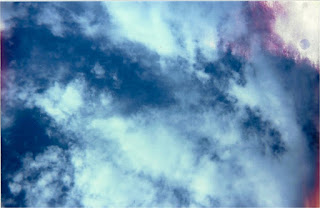 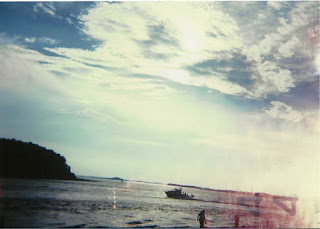 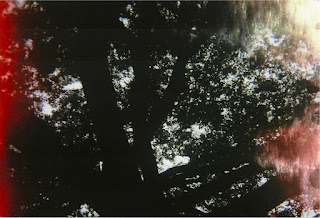 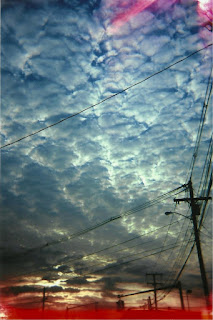 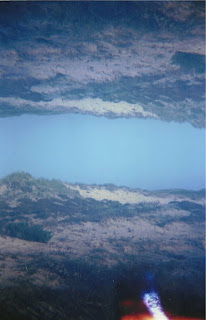 I recently won a GoPro camera, so we'll see what craziness can ensure from that one. I also have other photo accessories in mind for my tax refund.

I've returned to working on the photos I took of Tiffany from last summer. The last few I had altered to look like old pin-up calendar photos, but I'm running across a curious "problem" with these others: I'm finding that there's very little that I want to change on them. This is not a bad issue, I just found it to be a curious development. Of course it's an ideal situation to have the pictures to be as close to complete as possible in camera. It's just not something that I'm used to, so I'll take it as a good sign. 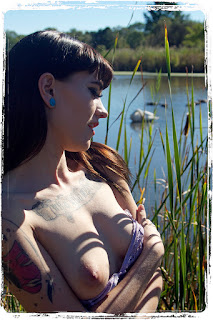 Amongst other things that I have going on, like reducing my apartment clutter bit by bit, and an inexplicable pain in one of my knees, I'm still managing to get some creative time in, which is as it should be. Like the last piece that I created, I once again practiced working on some photos offered for use by someone on deviantArt. I'm finding it to be a different experience working on photos that I didn't take or am emotionally attached to, although I will return to those soon enough.

I'm still drawn to working in layers, making several photographs relate to each other in some way. I was instantly attracted to the skirts in these. 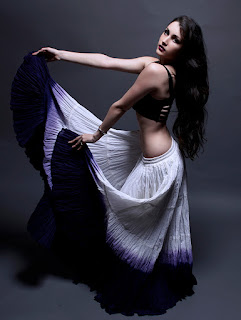 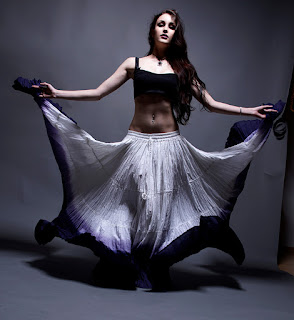 Also like my last piece, I wanted to add a texture over it all, and am torn between the two versions below. I'm sure I'll decide before too long, but once again I welcome any input. Or maybe I just want to see if the comment section actually works on here. 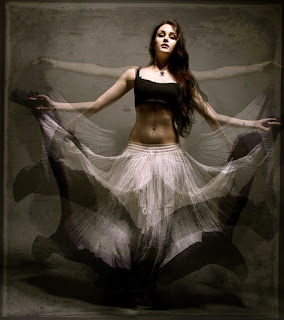 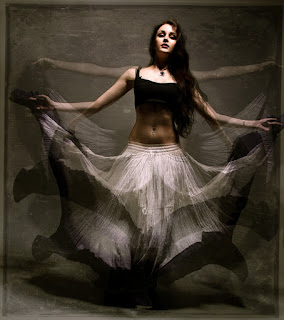 I've also been pondering making another Instagram account just for works in progress, even though that's what this blog is partially for, but there's no denying that that site/app gets more eyeballs than here. I also need to just get off my ass and finish my main website already. I just get frozen by the too many options available. I can always fine tune it later. So if I stick to that plan, I may not be on here as much if it takes up the time that I normally use to write here or create the artwork that I write about. But I also plan to return to the Boston chapter of Dr. Sketchy's this weekend, so I'll probably have work to show from that. Coincidentally it's on Valentine's Day, but I have no reason to celebrate that this year. 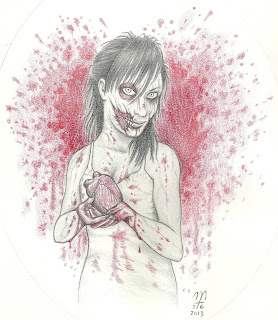 Posted by Matt Towler at 9:43 PM No comments:

In this new year thus far, I'm finding myself staying in more on weekend nights rather than wandering about as is my usual habit, although winter and the early sunsets tend to make it easier to stay in. Yet we did have a few nice ones this past weekend. 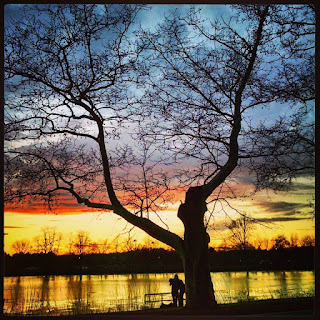 Part of the need to stay in is that I'm neither going to improve my art nor make the art itself if I'm not here to do it. Ideally I'd be going off to some separate, quiet studio to do this art, but if wishes were horses...I'd probably be mucking out the stables. 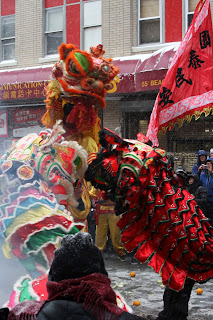 Speaking of the new year, it's now the Chinese New Year, and Year of the Monkey at that. Thanks to my birthdate I'm a monkey too, so one hopes that this is "my year" in some way. My flickr name is cuttingmonkey for that reason. I haven't yet decided if I'm going to chase the lions with my camera in Chinatown like I've done nearly every year. I believe it's on Feb. 14th this year, and I'm not yet sure of my other possible plans. None of which so far involve the other reason people celebrate that day. That said, plug plug plug for my Valentine Card on Etsy. 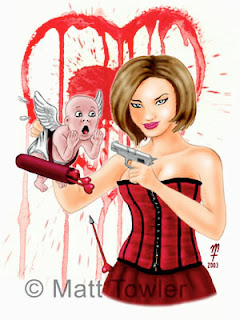 One thing deviantArt is known for is a large amount of stock photos and textures that people allow for use, and I can't recall the last time when I've used anyone else's artwork to any great extent, so recently I downloaded some just for something different.

I chose a few shots of and by a model/dancer who goes by the name of Mahafsoun, and I've certainly seen her photos pop up before. I wouldn't mind her in front of my own camera some day, but this'll have to do for now. 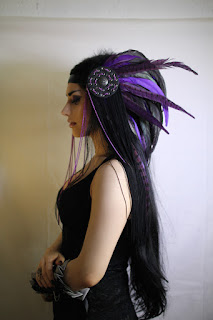 I'm trying to get back into layers and textures this year, so I used this as some practice. Nothing too complex, just combined the photos into one, to make a triple goddess of some sort, and I named this after Hecate, who I believe fits that description. 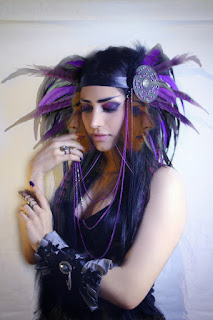 I went through my various own photos for a background, and a texture to go over it. I've gone back and forth over which version I prefer, leaning more towards the top one. What do you think? 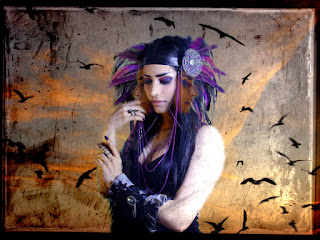 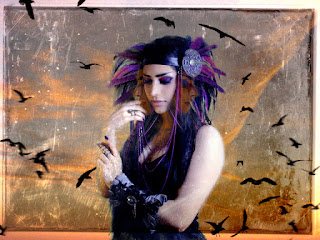