This week has been a vacation week for me, which in my case just means a week off from the dayjob, as they still don't pay me well enough for me to travel like I should be. But I'm still getting outside and often to the ocean whenever possible. It's still a dream of mine to live by it some day, but the cynic in me also believes that when that happens, that's when the oceans will choose to rise. So best to stay put and let them come to you? We'll see. 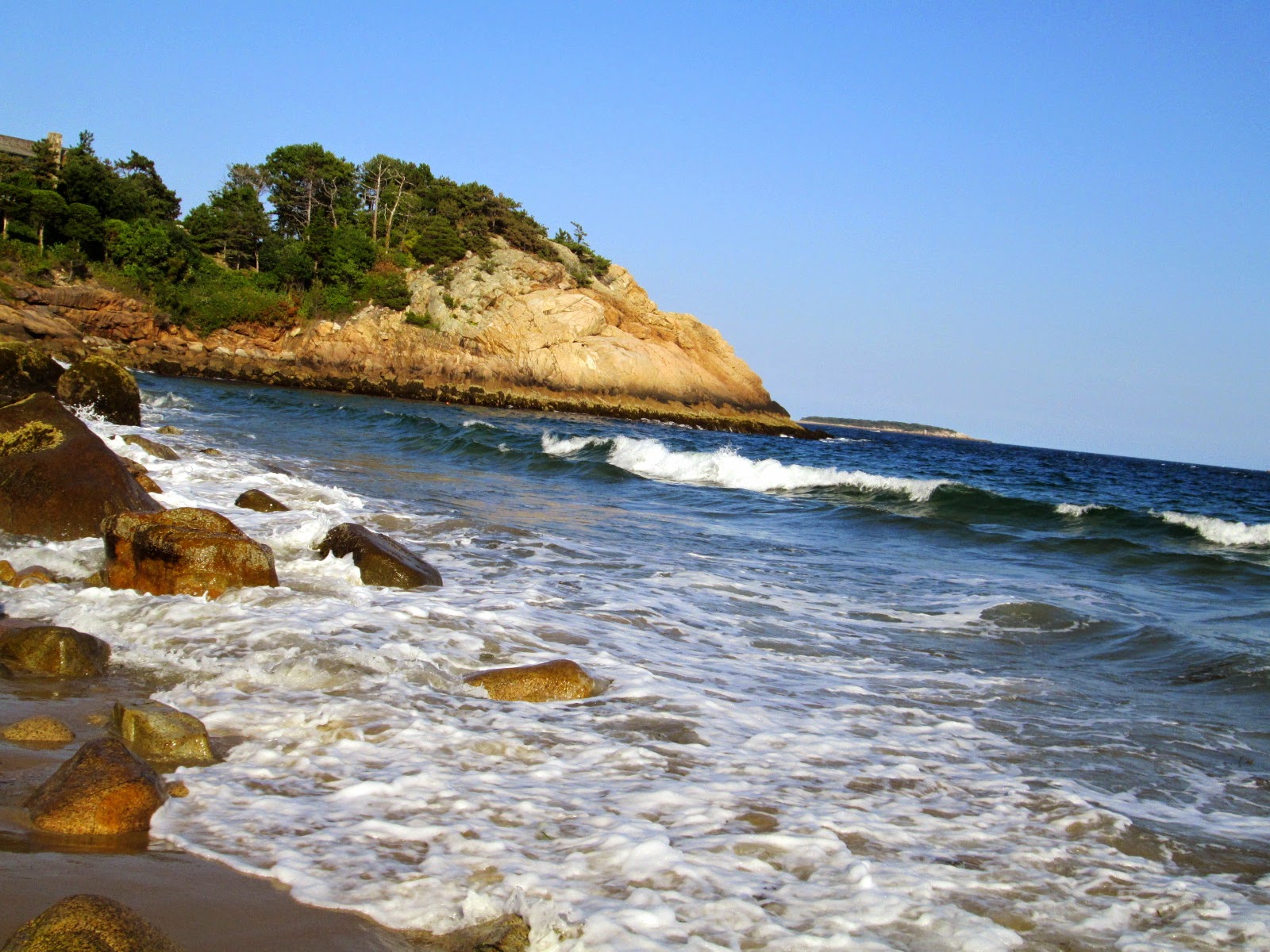 It wasn't meant to be a week off from art, and it wasn't completely, as I have a camera with me at all times as usual. But this week has also been, in my mind, a sendoff to summer and the laziness it can cause (even though summer doesn't officially end until late September, as I have to remind some people who are curiously looking forward to being cold again), with hopeful plans to better many aspects of my life with the arrival of the fall.

I seem to be doing more photography than other types of art these days, and that's not a bad thing, and I don't intend to give up on other media. But I know I need to step my game up as far as photography goes. With a camera in every phone and other devices and nearly every phone owner thinking that means Instant Photographer, and sadly some possible clients believing them, making a living as such is more and more difficult unless you really stand out. Which is something I need to work on, both learning my cameras inside and out and making those photos really amazing. I get a fair amount of praise, with all humility, but that doesn't pay bills. Not saying that I do this for the money, but it's the best way to show appreciation to an artist, in the end.

I had actually gotten a query from the BBC asking if they could use my photos of the Robin Williams memorial in Boston. I said yes, but silly me, I also asked if there would be any monetary compensation, and got no further reply. So presumably they went on to somebody else who was willing to do so for free. I didn't demand it, but was simply asking. I'd like to think the BBC could afford to pay. But as is more and more usual, people like art but don't want to pay for it if it's at all possible.

I've made these plans & intentions before, I just need to find a way to really stick to them. My life is not awful, but I know it can be so much better. I want to be in a much better place by next year. So I have to wean off habits and maybe some people that are preventing me from meeting these goals. Hopefully you'll stick around to watch.
Posted by Matt Towler at 12:55 PM No comments:

Email ThisBlogThis!Share to TwitterShare to FacebookShare to Pinterest
Labels: contemplation

Most of my creative endeavors lately are still involving photography. Sometimes I feel guilty that I'm not doing my "other" artwork, but hey it's still art, right? At least I try to make it so. I regularly switch between my actual camera and Instagram on the smartphone. One thing I like about the latter is that it's in a square format, which makes you think more about composition. Unless you just use it for food or selfie pics. But I've been finding some pretty amazing photos on there. Now if I can figure out this hashtag nonsense, maybe more people will see mine.

I've been trying to visit places I haven't seen already. Massachusetts isn't a large state, but there's still plenty that I haven't seen, including the various islands in the Harbor. Here's Spectacle Island, with Boston in the distance. 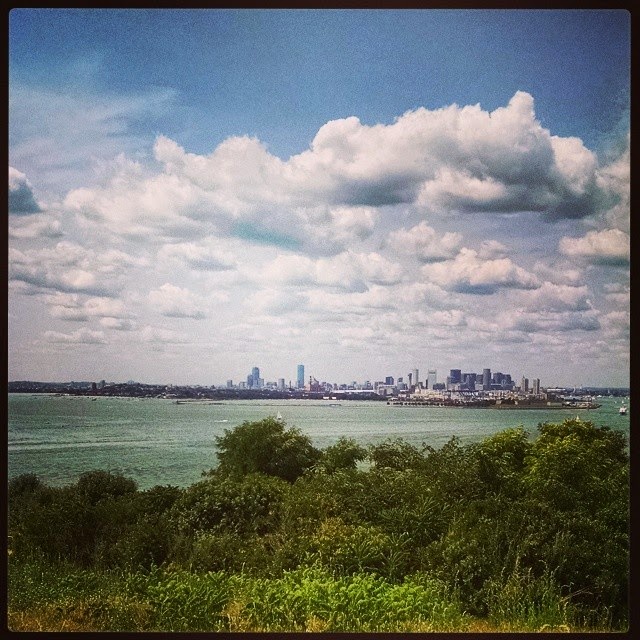 I also visited the ominous-sounding World's End, made even more so by threatening clouds in the sky that day. You can't tell from these two pics but it was a very green place. Definitely hope to do a photoshoot there, if I can find a willing model. 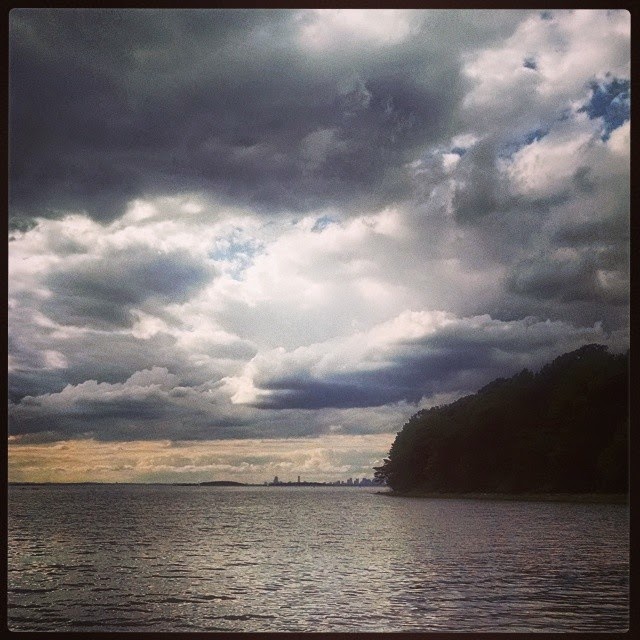 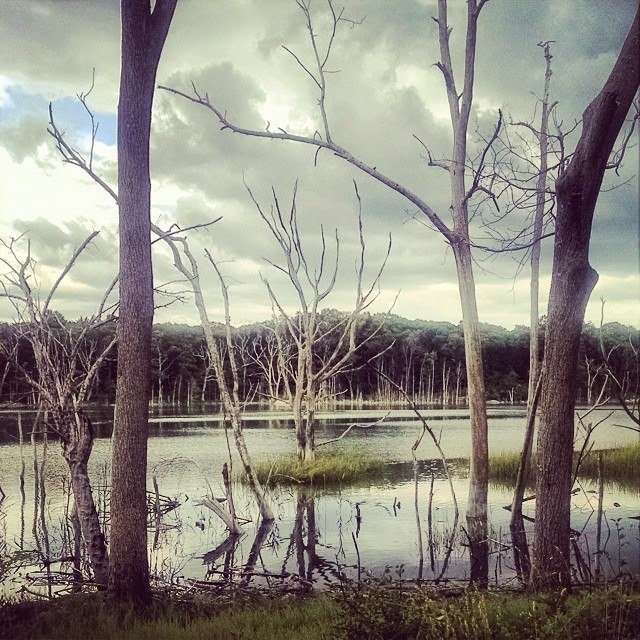 And I regularly end up at Nantasket Beach in Hull, which isn't far from World's End. I wouldn't mind living in this area, but only if I also worked there too; commuting to and from Boston would well and truly suck. 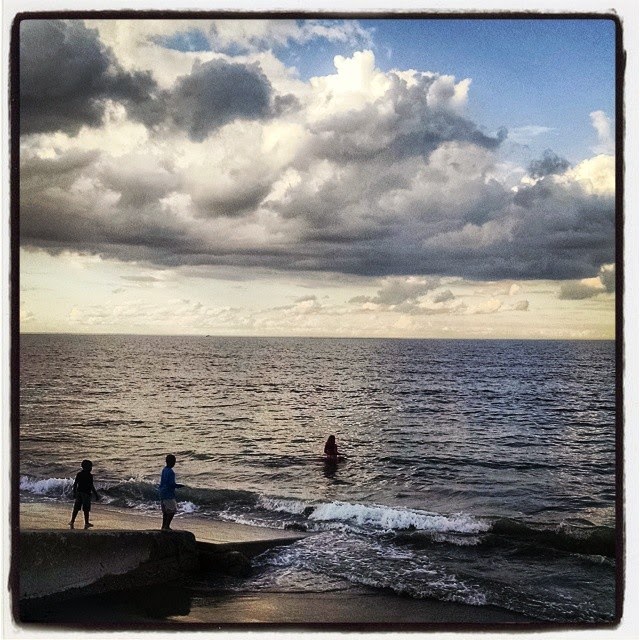 Next week I have much-needed time off from the dayjob; sadly they still don't pay me well enough to afford to travel like I should be, so I'll be seeking more local adventures.

I suddenly came up with a new tattoo idea (not the previous one that I'm still stuck on), so maybe I can get that done as well. It's text-based, and the biggest problem so far has been choosing the right font, since I have hundreds of them on my computer, from my club flyer days.
Posted by Matt Towler at 10:33 PM No comments:

In the awful coincidence department, a few weeks ago I was writing here about an illustration that I unearthed of Robin Williams, then, this past Monday, we hear of his death, one that is pretty much being attributed to suicide.

I was shocked to say the least. I rarely let celebrity deaths affect me, but this one has left me a bit numb, probably because I had probably followed his entire career, from "Mork & Mindy" onwards. When I discovered his stand-up comedy performances, I was hooked. I wore out my cassette tapes of those shows. True, he may not have consistently made the best movies every time, but I feel that like Bill Murray, he still captured one's attention even in the bad ones. And of course probably supplied hours of deleted scenes of him just wildly improvising.

Now some people seem to be intent on making him an poster child of what depression can do to you, even with all external appearances seemingly the opposite. This is not the the only example of a comedian having this sort of life, there's something about that sort of personality that makes one try to make others laugh to hopefully drive away the demons within. I myself was more likely to be a class clown than not. But when your "audience" is not around, you're left with yourself and sometimes that's not the company you want to keep at certain times. People are rightfully shocked that someone so high-profile and seemingly loved by so many wouldn't reach out for help, but so far we don't know the final straw in this case. 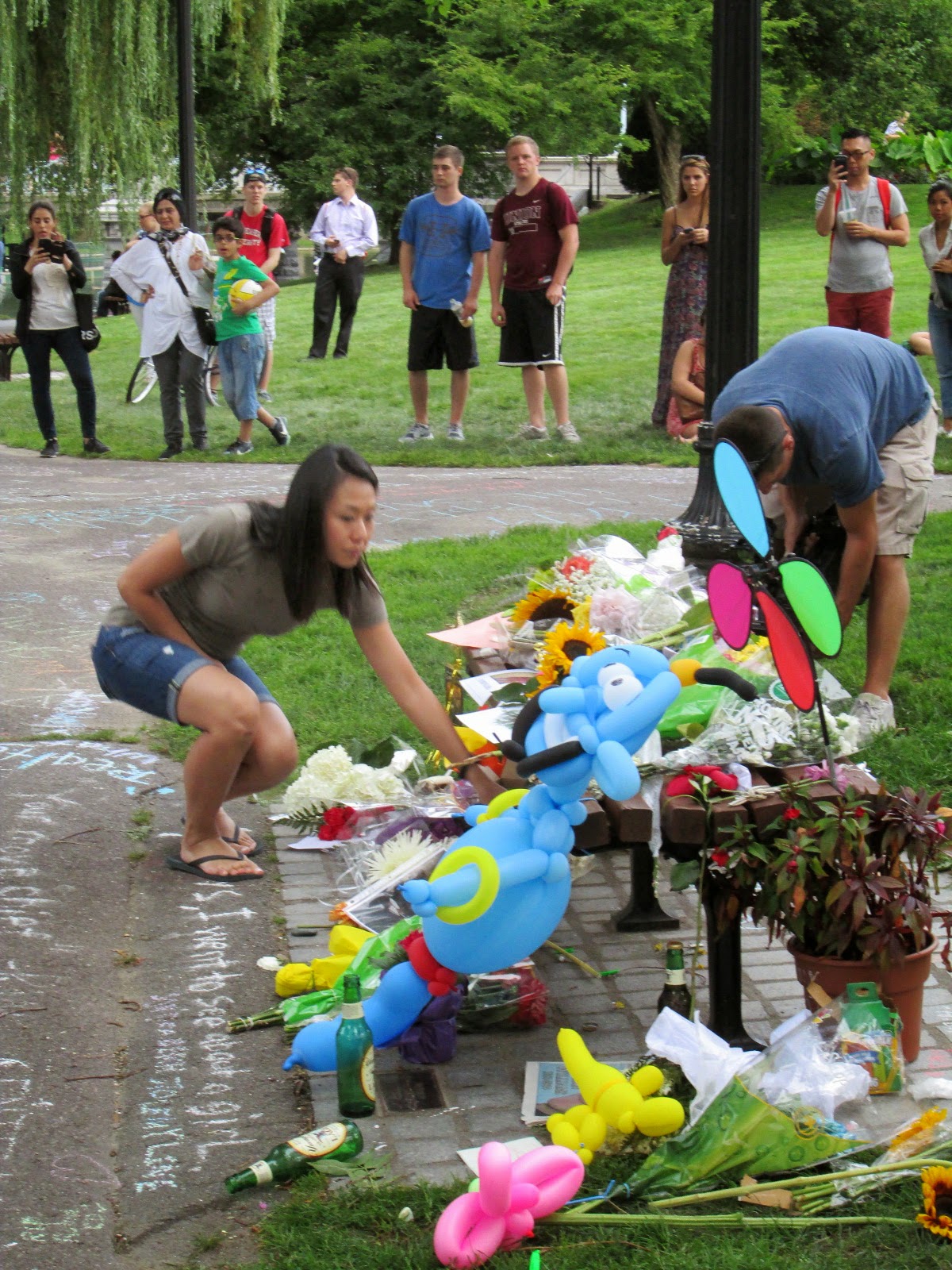 A park bench in Boston's Public Gardens that was part of a scene from one of his most loved movies, "Good Will Hunting," became the site of a memorial not long after his death was announced. I visited it yesterday, the bench was covered in flowers and gifts, and the walks surrounding it were covered in thanks, quotes and love written in chalk. Proof of his multi-generational appeal were evident, from "Mork & Mindy" to "Good Morning Vietnam" to "Aladdin" to "Hook" to "Dead Poets Society." I even saw a quote from "Popeye." Of course I added one myself, something from his stand-up act: "Joke 'em if they can't take a fuck." 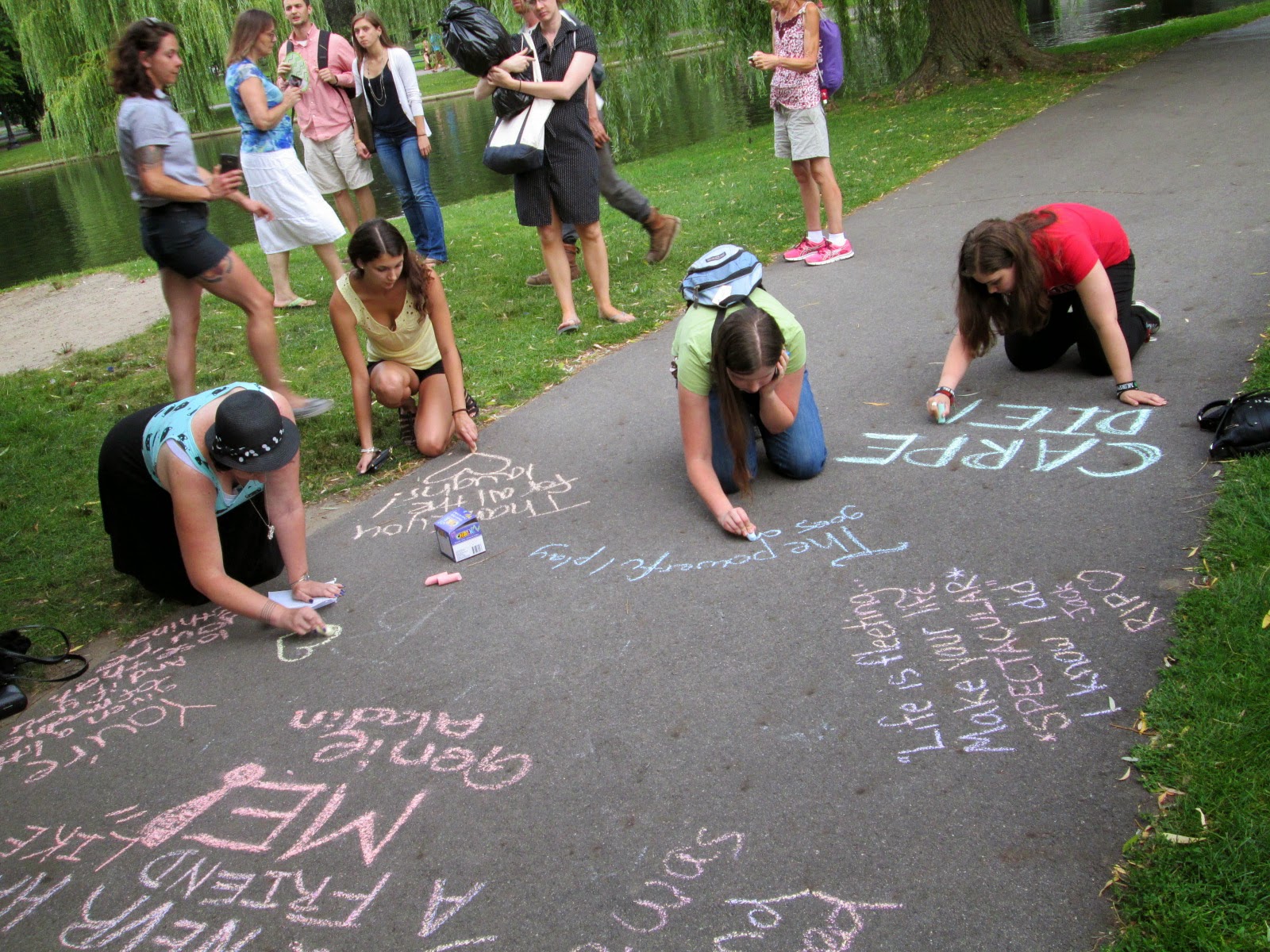 Sadly it rained all day today and probably washed all those messages away. I'm sure they'll be replaced by others soon enough. It doesn't appear that his memory will be washed away quite so easily. Laughter is something we need almost as much as oxygen.

More pictures on my flickr page.
Posted by Matt Towler at 10:28 PM No comments:

Email ThisBlogThis!Share to TwitterShare to FacebookShare to Pinterest
Labels: contemplation

Tired of saying it, but Real Life intruding upon the scarce free time that I do have, and so very little time for creativity this past week. I may have to actually start scheduling it now. But there's always time for a little doodle or sketch or writing, it's not an easy thing for me to turn off anyways.

One new thing was "accidentally" discovering some settings on my new point and shoot camera, which, you may or may not recall, I bought to replace my older one because I found that even the camera in my cell phone was more powerful than that one.

The documentation that came with the newer one was quite sparse, but since it was also a Canon, there wasn't much of a learning curve for me. There is a PDF of a larger guide that I clearly need to read now, since I just stumbled across these settings recently. There's a setting specifically for fireworks, which I wish I had known about when I did photograph some fireworks on the 4th of July weekend.


"Vivid colors" does pretty much what you'd expect. The water truly was not this blue. 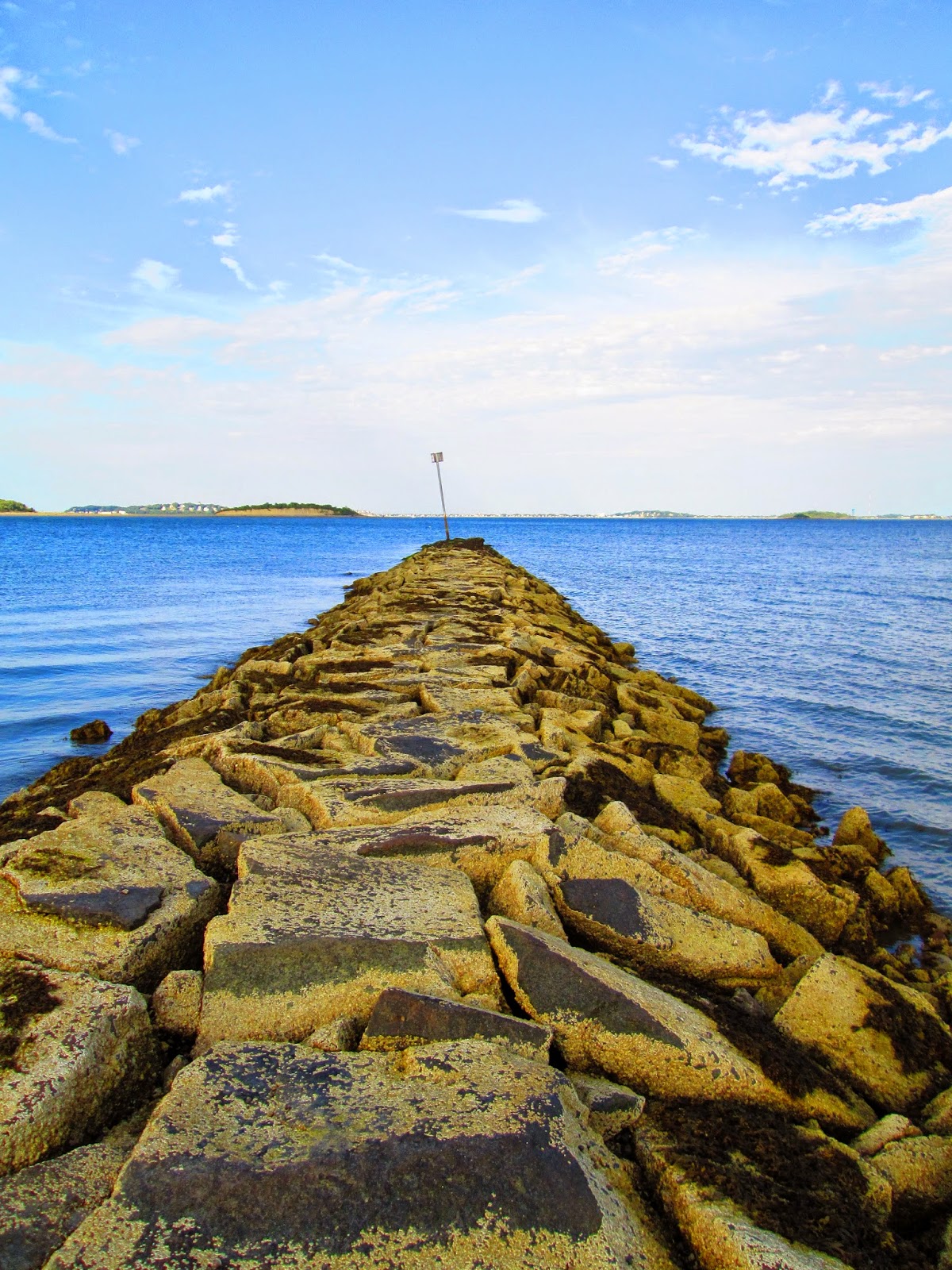 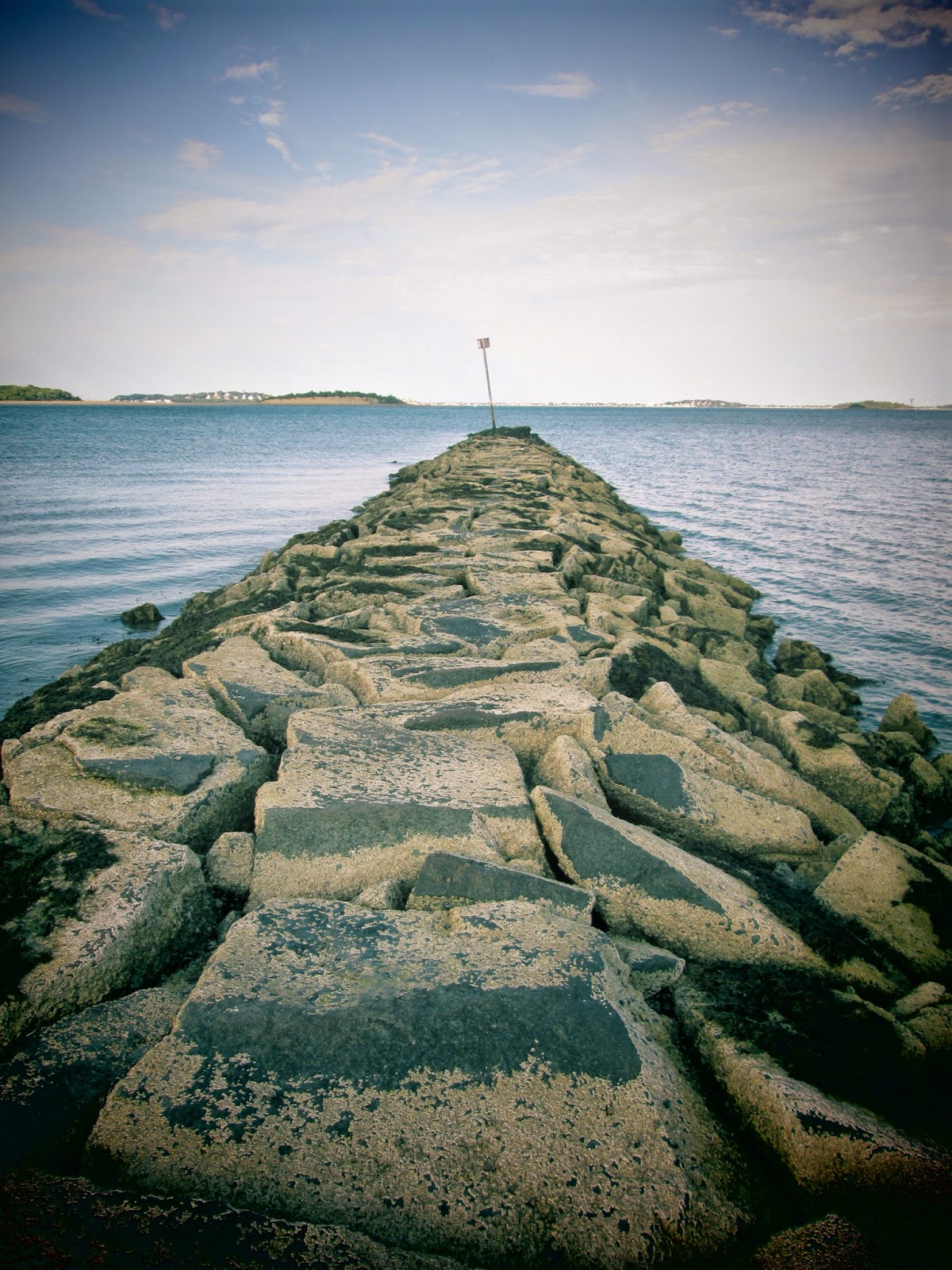 ...and the already overused "miniature" effect. I'll have the find the right subject matter for it. 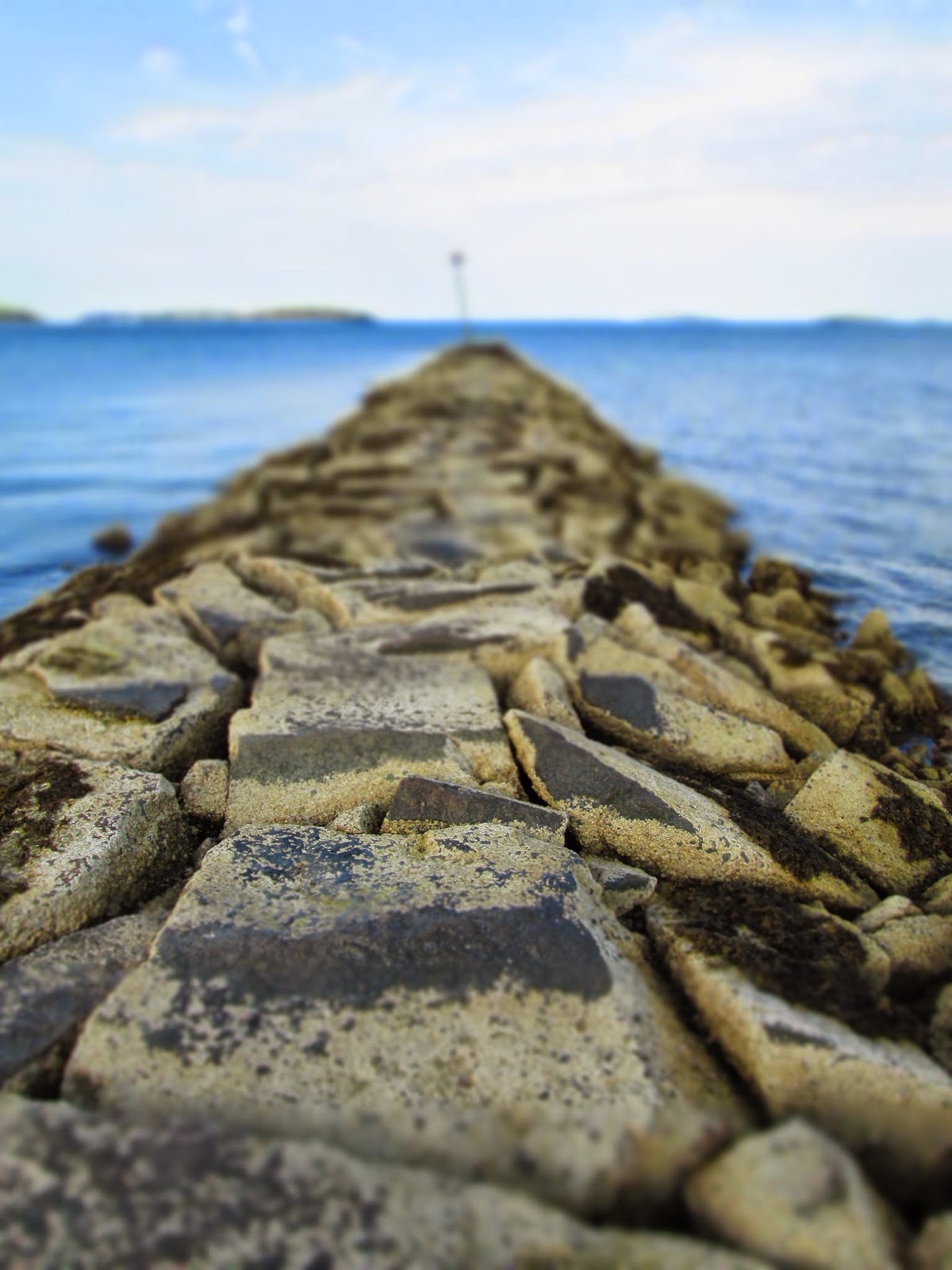 And again, Vivid Light turns nature into a psychedelic explosion. 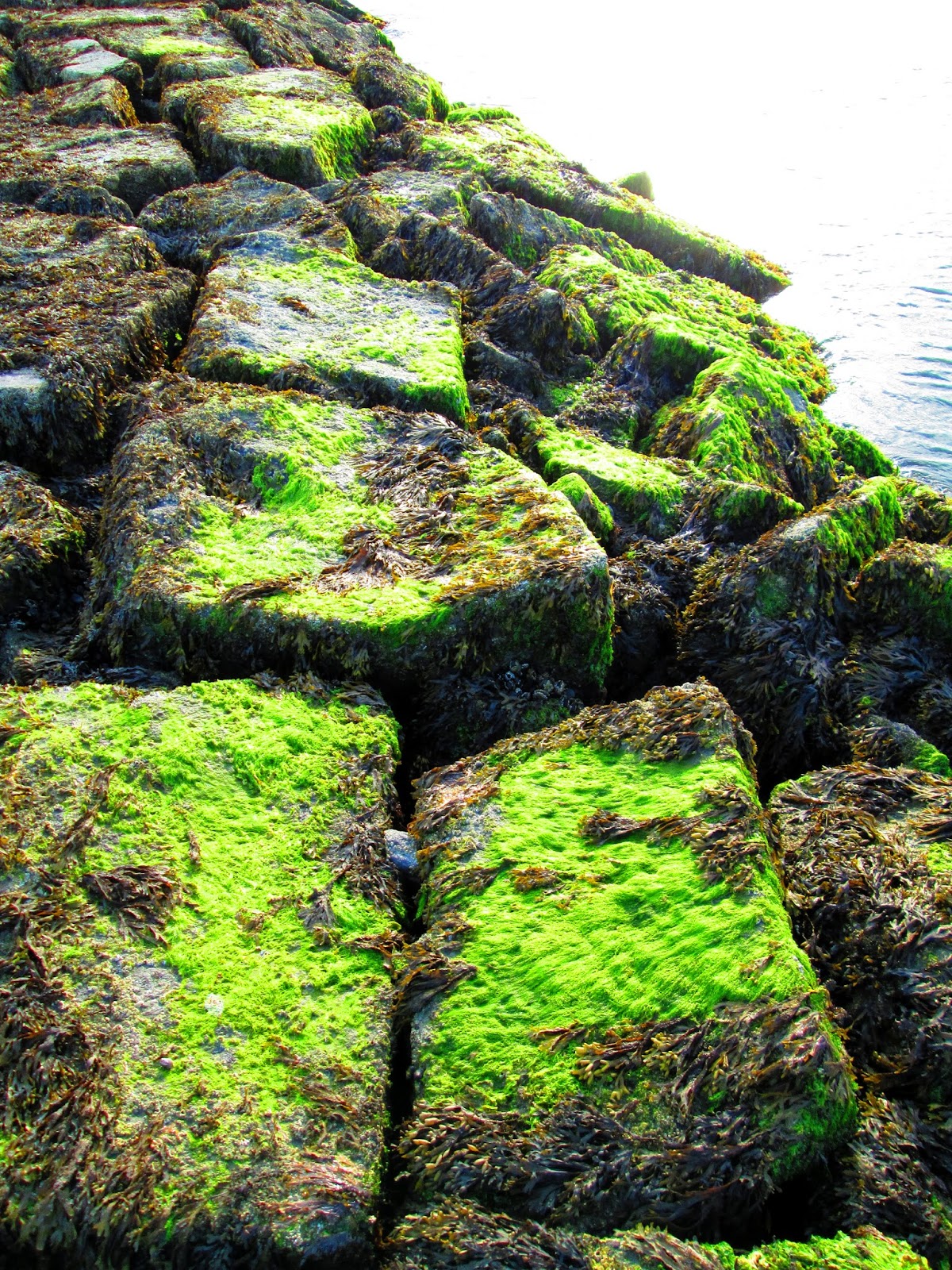 I should be visiting more islands this weekend, we'll see what I discover and photograph there.