Still working on it. 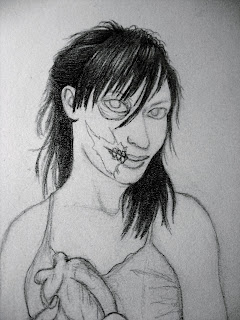 Working on some artwork for That Holiday next month: 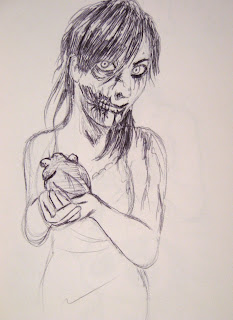 Also, your weekly reminder for the RAW Boston Discovery Showcase that I'm participating in, also next month. It's not just an art show:

I do hope to see you there! Please purchase tickets through my RAW page:

www.rawartists.org/spongestudio
Posted by Matt Towler at 10:56 PM No comments:

:you are what you is:

I've been pondering lately the whole idea of artist statements...namely, that I need to write one. I don't know about you, but when I read most of them my eyes tend to glaze over or roll up into my head. Not  a pretty sight. But apparently they are "required" and I guess it's to help people to realize what they're looking at when they see your art? I'm still figuring out the "why" part here. I'm going to do my best to create one for myself over the next few weeks or month, but I need to seriously look at my artwork and try to figure out just what the hell I'm doing, and then tell you about it. So these notes are mainly for me but if you have any insights into about what my art "is," feel free to share them with me.

One thing I'm trying to do in this year is to get my artwork seen more. For starters I'm going to be participating in this. Click on it to go to the website:

Featuring 27 local Boston artists!
We have grown so large that we had to move to a bigger and better venue!

The showcase will consist of:
MAKEUP: By Rosa Figueroa and Ashleigh Taylor

MUSIC: by Damian Daviid, MDMAchine, Slapback, and Ghost of Vigoda

What is RAW?
RAW is an indie arts organization for artists, by artists. Every month RAW hand selects and showcases artists in film, fashion, music, art, performing art, hairstyling, makeup artistry and photography and accessories. RAW creates a one night showcase event that features local creativity in all of its flavors. Visit www.RAWartists.org for more information.

Email ThisBlogThis!Share to TwitterShare to FacebookShare to Pinterest
Labels: galleries

The new year, when most of us want to change or start over in some way...I suppose I'm no different, though I don't usually list off all the things that I'm planning publicly. I guess that's so people won't see when I fail? Yes, I'm over-analyzing myself a lot these days, the new apartment signifies a new beginning and I'm looking at all aspects of my life. This blog just covers the creative side, though. Be happy about that!

2012 was my least creative year, if you dont count photography; the only thing I made was a Dia de Los Muertos spider thingy. So I am definitely going to up that at all costs, starting with this blog, getting it written at least once a week, which means that I'll have to have creative things to show or talk about. Unpacking my belongings, I can tell you that I have plenty of OLD things to show or talk about. I know I did some of that in the past on here.

One thing I did do before the end of last year was buy another sketchbook. I have no shortage of empty ones, but this one specifically had a space for every day of the year, so it's one goal to do just that, one sketch a day. Watch this space. 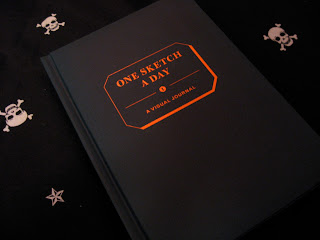 I also have plans for showing artwork in shows and such. Part of me doesn't like that I have very little "new" to show, but I'm trying to look at it as it'll be new to somebody.
Posted by Matt Towler at 9:56 PM No comments: