One thing holding up my website redesign, other than lack of coding skills (though I have Dreamweaver now) and indecision about the design in general, and, yep, lack of time, is the desire to redesign my logo for it. I've been told by some that this is not reason enough for delay, but logo = identity, so I want to get it right, though of course I can change it next year if I want. Given my current rate of change, that's not likely.
It's still going to involve a frog skeleton (why? the original design had a cute frog, I don't really do "cute" anymore), now I just need to find which of the 872 typefaces I have on my computer to use with it. It's also going to be a watermark for online images, so more reason to choose wisely. I'm still clinging to the hope that watermarks prevent online theft of images.

Thankfully I found a quick way to look through them all. There was a time when I was grabbing as many free fonts as I could, back when I was doing fliers for Ceremony. Thankfully I learned quickly to limit the number of fonts on one flier, I can spot somebody's first attempt at a flier by that reason. Remember those giant rave fliers from the 90s? You could hallucinate just by looking at them.

I also found that the longer you look at one word - in this case, "sponge" - the more unreal it becomes, like the letters are not in the right order. Stare at the word "the" for any great length of time, see what I mean.
Posted by Matt Towler at 10:56 PM No comments:

Email ThisBlogThis!Share to TwitterShare to FacebookShare to Pinterest
Labels: design

Recovering from last week's sickness which seems to have become this week's allergies. I had horrible ones for about 20 years, then they just went away, now I seem to be bad for the start of spring, let's hope it stays that way.

This blog seems to be becoming more and more about how my creativity is stagnant, and yes a lot of that still has to do with atmosphere; still can't find a new apartment that's suitable. When I come home I don't feel like jumping into something creative, and I'd like to regain that.

So as not to leave this post empty, here's my current outposts on the web:

FineArtAmerica - not sure if I'm going to continue this, I see what kind of art sells on here, and it's not my style, to be sure. I get plenty of pageviews, but pageviews don't pay my bills.

Twitter - I joined to research it for some outside work, I don't see the point of it yet. 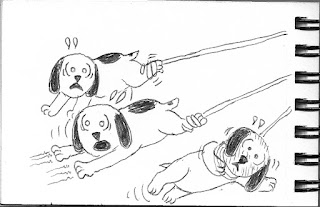 Email ThisBlogThis!Share to TwitterShare to FacebookShare to Pinterest
Labels: random

:in sickness and in health:

I went to another figure drawing session last night, but had to leave early, as the sore throat I had woken up with was turning into something worse. I had a most uncomfortable night trying to sleep but I think the worst of it has past. It figures that I survive the Winter without getting sick but on the first amazing Spring-like day, it happens. Thankfully I still seem to have the "talent" of only being sick for a day, so at least I have that going for me. 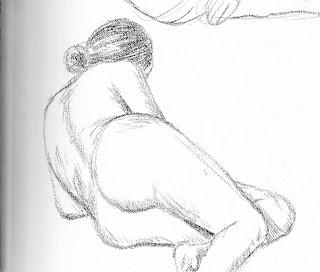 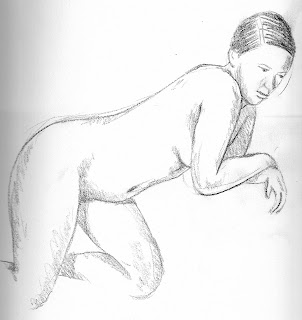 Again I can't help but notice the studio of our host, and wonder how I can get one myself. His is not a live-in studio, although like most artists I'm sure I'd spend more time in the studio than at home, which is one reason why I'd prefer a live-in one, the other being I can't afford both an apartment AND a studio, and I don't know why they think many artists can. Certainly not in the Boston area. They give a lot of lip service to supporting the arts here, but not really supporting the artist. I'm not looking for a handout here, but don't go calling condos for sale and not for rent "affordable," and don't go renting them to non-artists when you denote them as such. Don't drive out artists from their studios by "developing" the area that they had discovered first. Fort Point is still a ghost town now, a shadow of its former self. Oh, it's SUCH an improvement there now.

I don't know. It's beginning to look like I'll have to find some abandoned place and squat there, although I'd prefer a place with niceties like heat and running water, too. Electricity, too.
Posted by Matt Towler at 9:03 PM No comments:

A day later than I usually post, had other things that took priority and I also wanted to confirm this news before I posted it. Artwork of mine is going to grace the cover of the 20th anniversary anthology of Circlet Press! I'd put a link to them here but for some reason every browser is warning me of malware attack if I go there, so I hope they've not been hacked. Get thee to wikipedia instead.

Which I find interesting, as this is not a new work of mine, in fact it's one of the first ones I ever made with the aid of Photoshop back in the 90s, but as we can see it's still a favorite, so I'm not complaining. I basically said "go my website and tell me what you like" to them.

I miss doing photoshoots. I really need a new place if only for that reason (I want to do more indoor shots). I'm also slowly saving up for a "real" camera, a digital SLR that is.
Posted by Matt Towler at 10:32 PM No comments: