As I promised myself, I went to New York City's Chinatown this past weekend to see and photograph how they celebrate the Lunar New Year. Even the long-winded speechmakers before the eventual start of the parade couldn't seem to decide what year it really is...goat, sheep or ram? I'm going with goat.

Since it was on Sunday, I made a weekend out of it and drove in on Saturday and stayed in a hotel right on the outskirts of Chinatown and Little Italy. I have not driven there since the late 90s, but I didn't feel like taking a bus. I'll wager I got there quicker anyway, and arrived just as the next snowfall started, but NYC has gotten hardly the amount that we have in Boston; I even overheard somebody say, "it could be worse, we could be living in Boston."

So Saturday was colder and wetter than I would've liked, but I did do some wandering, ending up in the Village like I normally do. As ever the city presents some interesting images or scenes if you're paying attention. I still couldn't live somewhere with so little greenery, however. 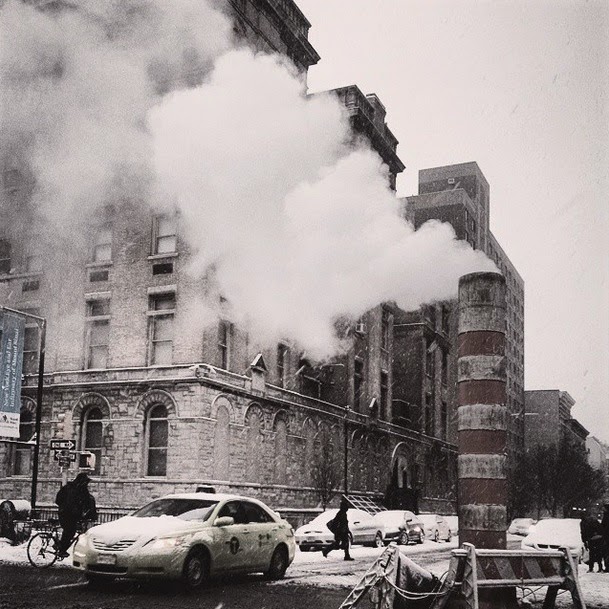 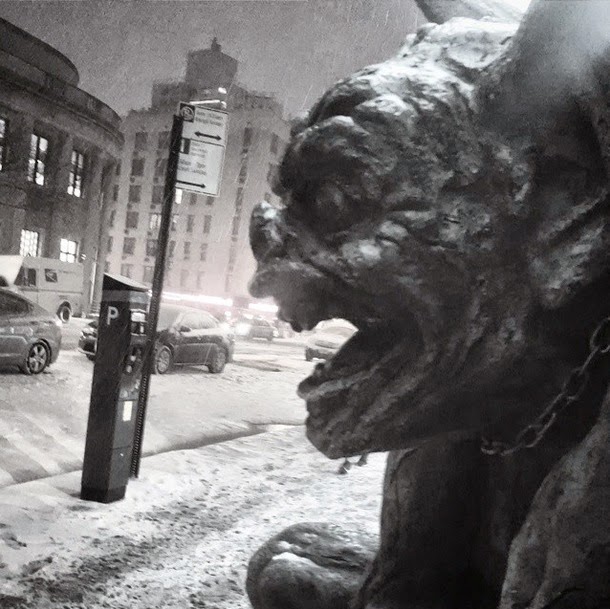 Amazingly enough Sunday, the day of the parade, turned out to be sunny and a scorching 40 degrees. This also meant dripping awnings galore, so trying to find a spot where it wouldn't be dripping on me was a challenge. It was also set up like a real parade, with police barriers and a crowd of people with cameras, I mean smartphones. Saw way too many selfie sticks and people using tablets as cameras, but, modern times.

I believe that the spectacle that I'm used to seeing, lion dancers going from storefront to storefront, was mostly done on another day, as this was more like a traditional parade, with floats and corporate sponsors and politicians. But there were a fair amount of lions and other interesting beasts.

More shots can be seen here. I already want to return and explore even more of the city. In better weather, one hopes.
Posted by Matt Towler at 10:18 PM No comments: 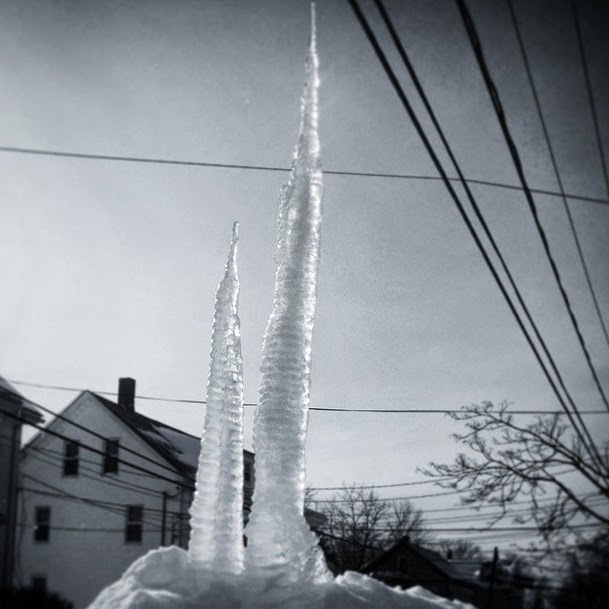 The excessive snowfall continued last week, more snow days away from work, more shoveling. And still I didn't really spend much of that time in creative pursuits, which baffles me even as I write this, you'd think I'd welcome the extra time. It's that same old fear of the empty page or screen, perhaps. Just need to sit down and start, without dwelling on where it's going to end up.

Regardless of what weather we're getting this weekend, I'm still heading to New York City to photograph the Chinese New Year celebrations. I've been doing it for many years in Boston, and have said several times that I should check it out in a different city, well, I decided to put my money where my mouth is and just do it. So, there are times, when I do follow my impulse without over-thinking them. 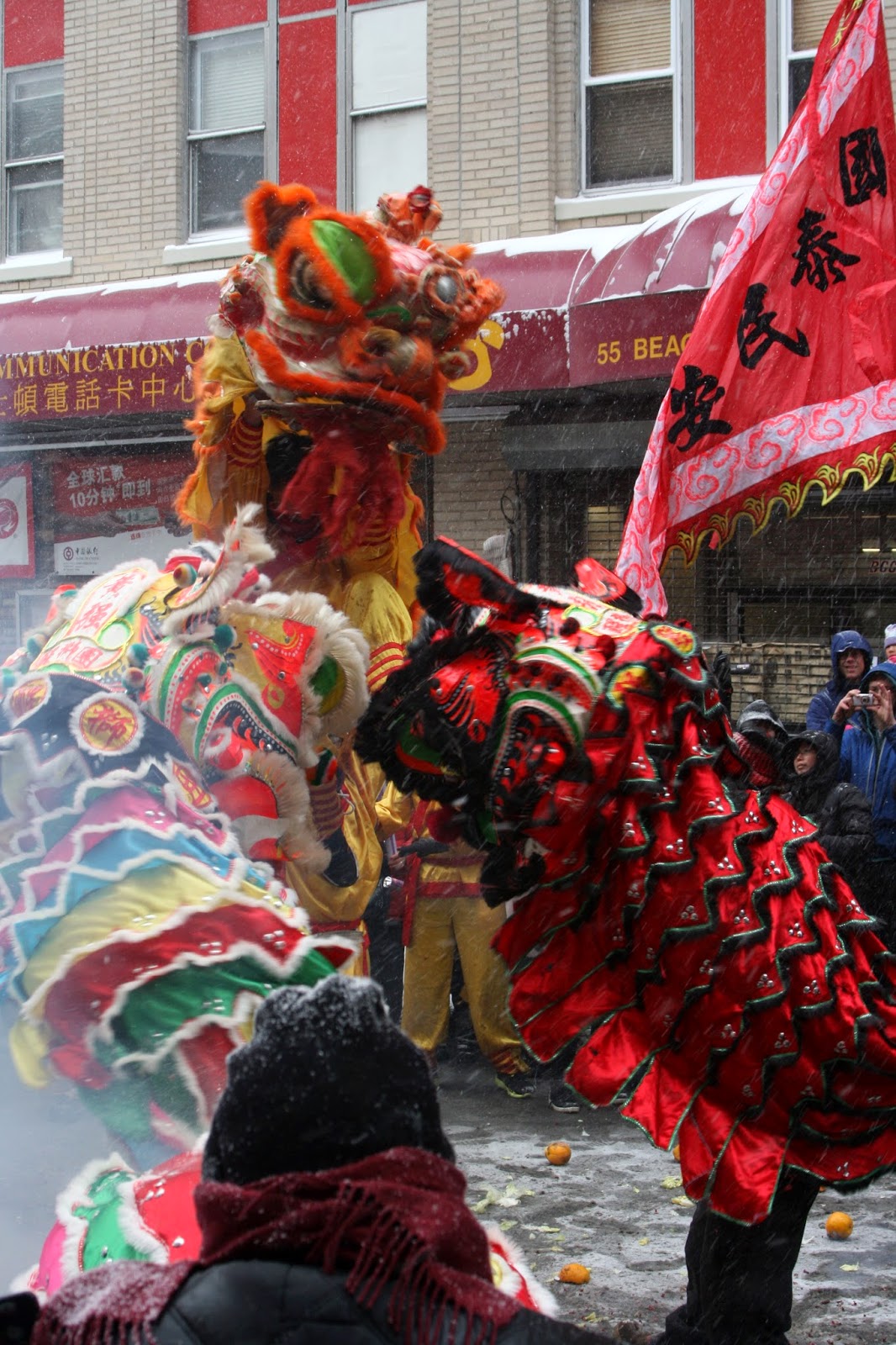 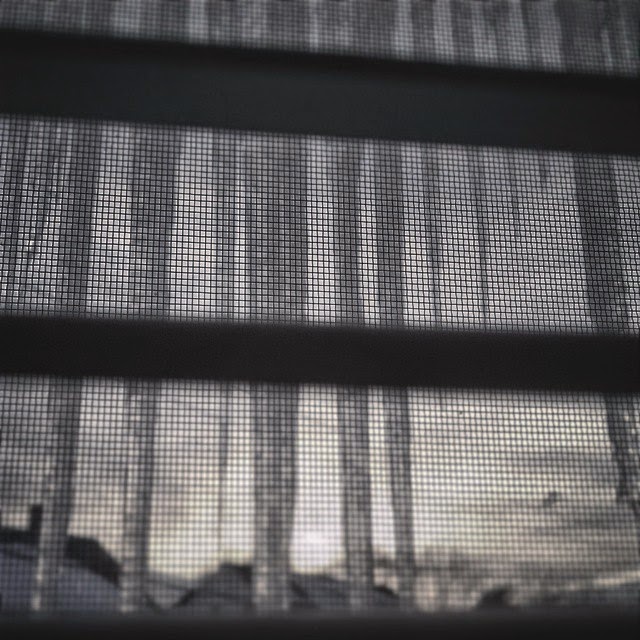 Another week, another humongous snowstorm. I don't know if we've matched or surpassed 1978's blizzard (yes, I'm old enough to remember that), but it sure feels like it. Obviously it's not as fun now as it was when you're a child. I enjoy the days off from work, of course (and am lucky that they're paid days off). But it's curious, to me, how with all this free time granted to me, I still didn't do much creatively. Something about the feeling of being trapped having something to do with it, perhaps.

I got a few surprises, though...I received a printed copy of my book from Blurb in the mail. Even if it doesn't get past second draft, it's nice to have it in a physical form. Not epic length, as you can see. 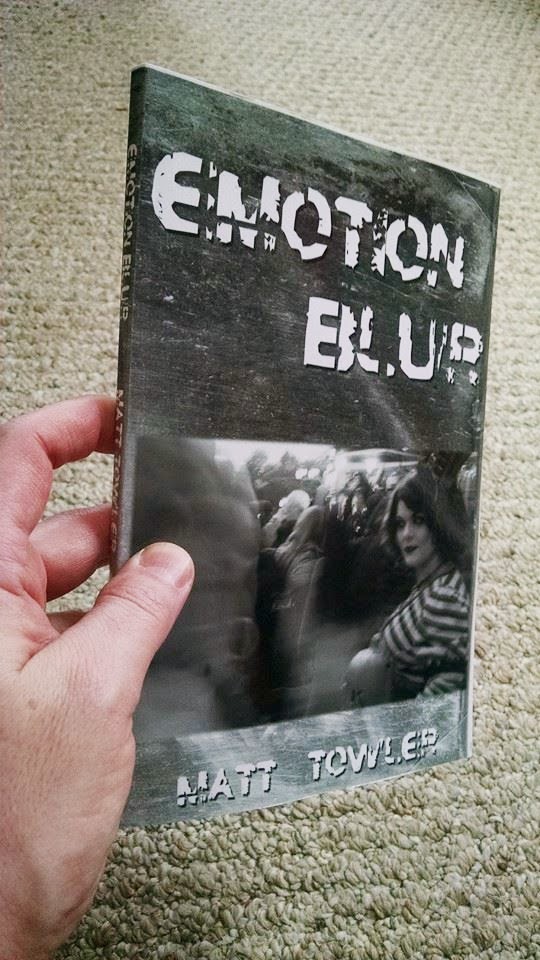 And this morning in an email from JPG, I found that they used one of my pictures as an example for one of the many contests they regularly run. Maybe it'll garner more votes, who knows!

But I wasn't a complete slug...three weeks of snowstorms that were inconveniently timed canceled three weeks of a night that I DJ at called "Ceremony," so that combined with cabin fever made me download a DJ mixing app (just grabbed a free one for now, VirtualDJ) and try to learn and make a mix with it. I was mostly successful...in a continuation from last week's frustration with technology, I struggled trying to make it do something that is relatively simple with the actual physical device that it's emulating. But I worked around it. Can't expect to master the software in one night, I suppose. Have a listen:

They're talking, almost with sadistic glee sometimes, about more snow in our near future. Here's hoping it doesn't break us. Some people I know are very close to it, I'm somehow holding on.
Posted by Matt Towler at 10:37 PM No comments:

Not much time for creativity this past week, because, in case you're not from the New England area, we got bombarded with an excessive amount of snow. Twice. So a fair amount of time was spent shoveling this crap, and there are rumors of more on the way, even though there's no place to put it. Didn't even really take many pictures of it, as I'm sick of looking at it already. I'm sure something will catch my eye as it always does, but right now, I'm thinking spring.

Another reason for no production is that I'm feeling more and more frustrated with the technology that I often use for it. It's great when it works. An entire evening or more can be lost when it doesn't. Or more specifically, the attempt to keep up with upgrades and updates, or in my case, falling behind when I don't. In detail: I'm currently running OS X 10.6 on my Mac. They're up to 10.10 now. I have not chosen to upgrade because I didn't like what I've seen or read about the new OSes, especially the newest, it sounds like a disaster, and half the programs I use now probably wouldn't work with it. Like Adobe, I have the CS3 versions, they're now doing a "cloud" only version, and charging a monthly fee for it. Not another monthly bill for me, thanks.

But 10.6 is no longer supported by Apple, and a lot of newer programs require 10.7 at the least. So I'm thinking that I may have to at least upgrade to that somehow, grudgingly. I am more annoyed at this forced obsolescence that is par for course in technology, Apple becoming the worst example of it now. Do you really need a new version of an iPhone every year? Which is another issue, that thing is clearly their main focus now, their origins, namely the computer, are falling behind and they seem to be more interested in getting iPhone owners to buy them (and redesigning them as such), and "fixing" what ain't broke. Something died there after Steve Jobs did.

It got me so frustrated one night that I just felt like going back to pencils and paint. Those don't break down or "need" upgrades. I feel like I should go back to that media anyway. But I've liked using the combination of it with digital media. If it would just keep working properly for me.

In any case, I've started planning my trip to NYC to photograph the Chinese New Year there. I will probably break my black & white streak just for that at least. I've also been looking into more gallery shows, but have been stymied by high entry fees in the last few that I looked at. What do those entry fees go towards anyway? Of course part of it was me not feeling confident enough in my photography to think that it would get accepted, so I was thinking I'd just be throwing that money away. Money. Get me some more of that, and this won't be a concern anymore.