Still working on photos from the photoshoot, but the one I'm currently working on isn't quite done enough for tonight, and I like to keep to a weekly schedule here.

As said before, I'm pleased with how they've come out, but I would like it even better if I got more shots in camera that needed less correction later. So one plan for next month is to do this online course to hopefully get better at it. Most of what I've learned has been self-taught, but I really need to learn more about the whole exposure-lighting-aperture thing. Not sure why it won't stick with me, perhaps because it involves numbers and math was never my strong suit. In high school I barely passed those classes, and in senior year it was an elective, not required, so of course I didn't take another math class!

Also still drawing in the sketch-a-day book; haven't done today's yet, will do it after I'm done with this. For some reason I seem to have hair in mind in my recent sketches: 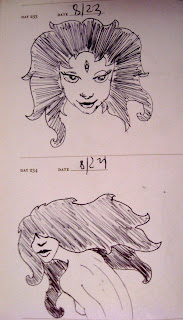 A few more photos from my recent photoshoot. As the joy of finally doing another one of these wears off, I typically become more critical over what I did or didn't do. Usually regarding lighting, which I am still learning about, or composition, or direction, but I am returning to this after far too long, so first steps first then full steam ahead.

I still plan to get the backdrop somehow, and I have an online course to take as well. I've looked into actual physical classes, but like too much in my current world, they're way out of my price range. I'm looking to fix that problem, too. Too much in life is denied me because I don't have enough little green pieces of paper, which is really an absurd notion if you really give it too much thought and it could make you scream.

Thus far I haven't messed around much with these photos, and they certainly don't have my usual "dark" themes, but they could be sources for future ones, who knows. I recently unearthed shots from a failed photoshoot, but the facial expressions of the model in a lot of them are priceless, so they may get re-used in some way. I sometimes forget of the scary backlog of ideas that I have. I just have to do One At A Time and not get overwhelmed! 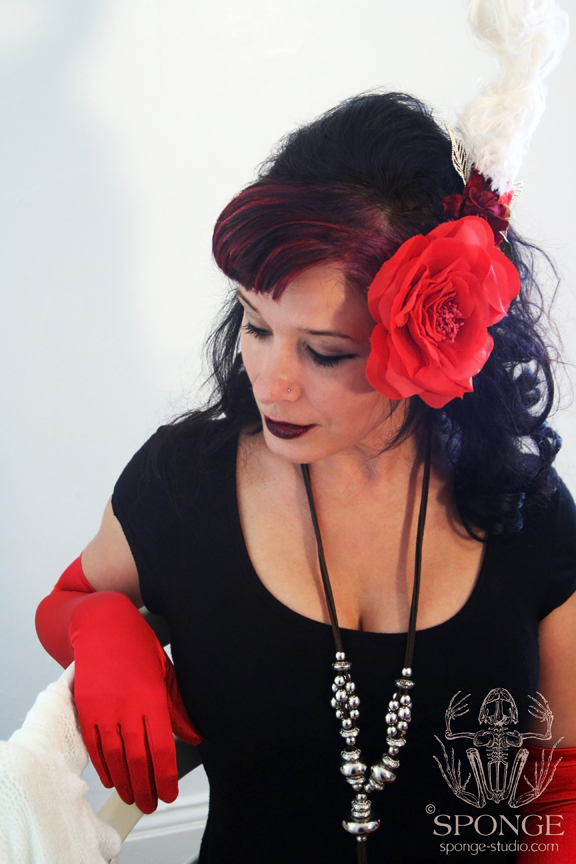 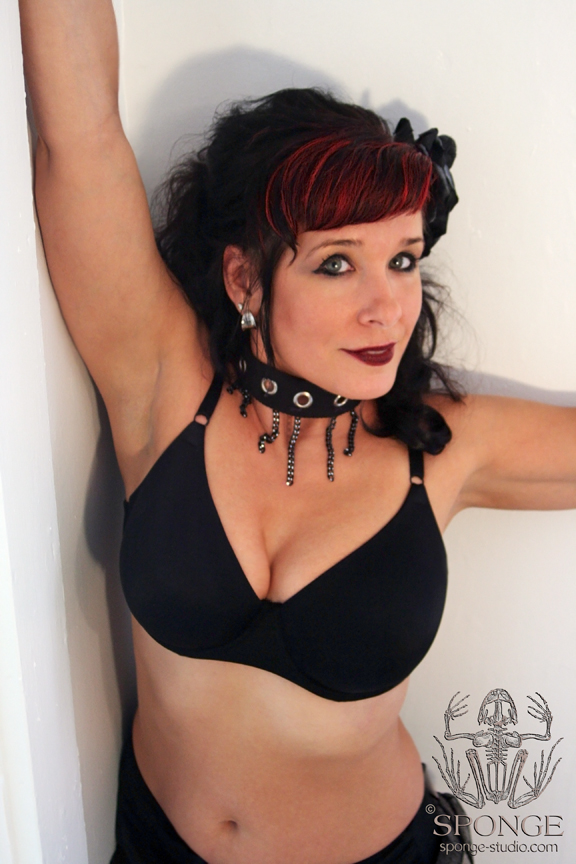 Posted by Matt Towler at 9:52 PM No comments:

I'm still working on photos from last week's photoshoot. As I said then, I got quite a lot of good shots from it, now on to the digital editing. Like with the photoshoot, I haven't been using Photoshop much lately, and I'm pleased to say it's come back to me rather quickly, like riding a bike, as cliche as that is. Also discovering new things along the way too ( The healing brush tool is often a MIRACLE worker ). PS CS3 in case you're curious. And probably the last version I'll have ( at least on my current salary ) thanks to Adobe's ridiculous new pay scheme. Yeah, sure I can afford to pay for my programs every month.

I'm also pleased to say I'm not doing that much editing on these, other than some cleanup, it's mostly about the lighting. I "rescued" the first one, which was very dark on the left side due to the window on the right, so yay for me.

It's certainly made me eager for more, I've been looking into getting a backdrop & support for it, so I won't have to worry about digitally erasing stuff in the background (there were a few plugs & wires in view before I got rid of them). Now if only I can get more people willing to do this with me, or at least follow through when they say they are.

Posted by Matt Towler at 9:54 PM No comments:

This past Monday I had my first photoshoot ( with a model ) in far too many years, either because of lack of suitable places or lack of commitment from certain model(s). This one was one that I had worked with before, again far too many years ago ( and a photo from that shoot eventually became a book cover ), but the stars aligned or whatever and we finally got together.

Still lacking a studio, I made do with one room of my current apartment, so it's good that I don't own much furniture. As it is I'll still need to edit out certain elements in some shots. I'm definitely going to look into some sort of backdrop or seamless paper setup for the future. And lighting - luckily I had at least one floodlamp working, because the room's lighting, window and the camera flash weren't going to cut it.

But there was no high concept planned, just bring over a bunch of outfits and we'll see where it goes. I've been out of practice for so long...looking at the shots later, I could definitely see where I could've done things differently, but that's one advantage of digital, no worries about running out of film, although I still plan to use that. As it is, I got nearly 200 shots and a good ratio of nice shots, if I do say so myself. I don't foresee much extensive editing, and again will have to learn when to stop! 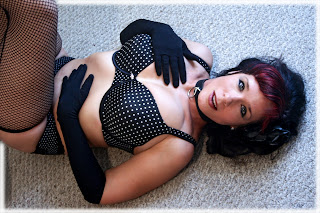 As already stated, there was no "concept" behind the shoot, just go with whatever happened really. Which was fine as way to break back into such things, plus just being a lot of fun. It helps that she's a lot of fun to be around as it is. Did I mention fun? 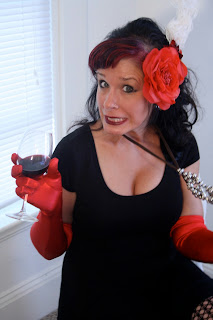 I've lost track of time and did not write this when I normally do, because I'm on "vacation" - in quotes because I am not paid well enough to be able to go anywhere, and stupid me chose to go on one right when rent is due, which always depletes the money. But the fact that I forgot means that I'm not living life on a schedule, which is how I'd prefer it. Especially the wake up when I want to part, although I'm not a late sleeper anymore. Things like city and neighbor noise make sure that never happens. I actually visited an old friend yesterday and she lives in quite a rural area. The quiet was astounding to me. I wonder if I could attain that, or more importantly, get used to it. I also feel I need for the conveniences of the city. While people here now panic when an inch of snow is expected and rush to the market, out there you'd really have to plan ahead. She really was snowbound for some time this past winter.

I also got to visit another friend who works on Fisher's Island, which is basically a place for rich people to spend the summer, not a touristy place, so I got to see a lot of it that most don't get to since she has access to it. Again, it seems like a place and life that I'd like, but I too wonder if I'd get used to the isolation aspect of it. I still feel the pull of the ocean. 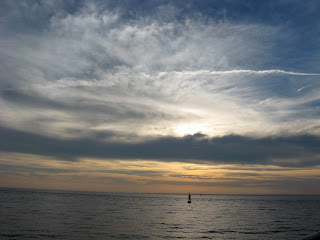 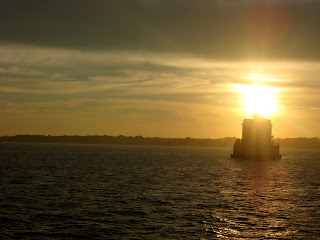 Posted by Matt Towler at 9:56 AM No comments: