A bad week mentally and physically. I hope this will not be a trend for 2012. Have another jellyfishy.

Wish I could say I was posting nothing today as a way of participating in the Internet Blackout, but no, another bad week. I did blackout a few pics on my flickr page. Here's some jellyfishy that I didn't.

:home is in your head:

I was prepared tonight to go on about how I wasn't very creative in the past week, and so far not meeting my goal of at least sketching every day. It has to do, as it often does, with my living situation and some anxiety kept me from creating. I still need to find a new place, and I must do it this year. Any leads on quiet apartments or artist studios are welcome as ever.

But this evening something came to mind and I scribbled it down, and who knows, it could become something more by the end of the month. 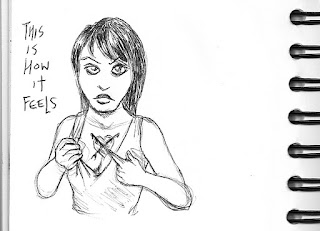 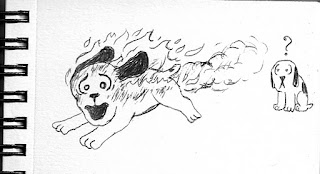 Posted by Matt Towler at 9:38 PM No comments:

New year, new hopes, the largest one of all is to not have them crushed. I start out as ambitious as ever, but the amount of plans I have versus time and resources gets overwhelming at times. So it's best to start small. I have been dismayed at my lack of creative output over the past few years, some of it due to outside issues, but ultimately it's my fault. So I'm going to attempt to sketch at least a page a day in my sketchbook, and try to make one major piece a month. If I end the year with twelve new works, that'll be better than the past few years combined, sad to say.

A lot of it depends on my environment, of course, so the search goes on, but I have to learn to be creative in spite of it.

It starts out with the blank page/screen but something comes out eventually. As ever I don't know if it will evolve beyond this into something bigger. 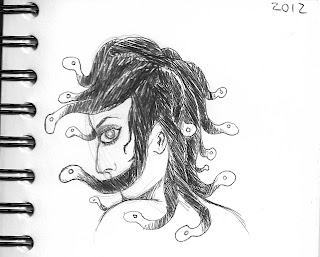 Oh yeah, I'm still doing horrible things to the spaniels, thanks for asking. 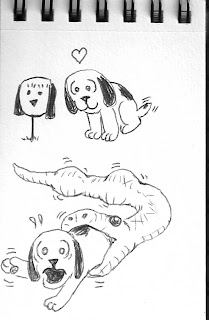