I just tried messing around with the new Blogger template editor but so far it's been very user-unfriendly for me. Changes I made would disappear when I went to a different editor. Maybe some other time.

I'm pleased to report that the "cactus" piece I made for a show in Salem, MA was recently sold! So somebody likes what I do enough to pay for it!

Most of what I'm doing this week has been planning out the makeup for my Halloween costume. Let's just say it's related to the above piece in a way.

And also the spaniels are finding their way into my sketchbooks again. It seems that they are serving the purpose of what I think they did in the past, of a way of getting my aggressions or "unfriendly" ideas out somehow? In any case I don't think that it's something I can share just yet, don't want people thinking I have issues that aren't really there. Right now they are just creatures that exist to eat, breed, and die. In many inventive and grisly ways.

In 1998 I started an artwork series called "Halloween is my Xmas." Actually the first one was for a flier for a Halloween party that I hosted, now I still use it for "thank you" cards. 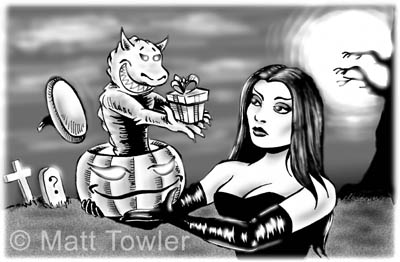 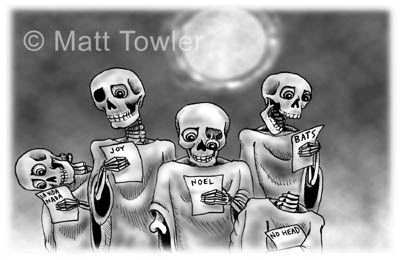 I kept doing another one each year until 2007. The original intention was as promotional cards; I saw and read that other illustrators sent out promotional cards to clients and prospective clients, usually on the obvious holiday. Well, Halloween has always been my favorite, so why not avoid the Xmas mail glut as well? I did try it as promotion, made a list from various sources like the Artists Market ( do they still publish that? ), but didn't get *any* nibbles. I doubt that direct mail even works any more these days. Marketing is obviously a weak point with me. 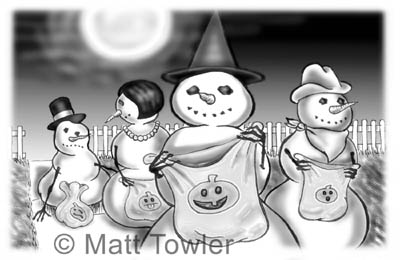 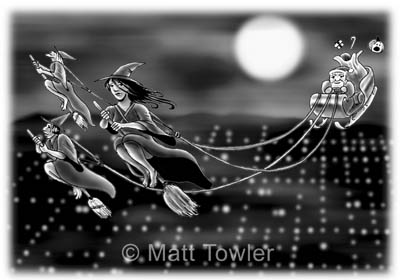 Why did I stop doing these in 2007? One reason was that I ran out of ideas, or had ones that were too similar to the Nightmare Before Xmas, which also often fused the two holidays. 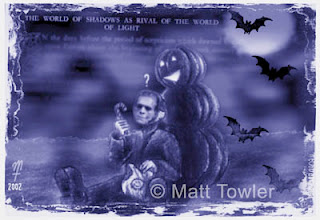 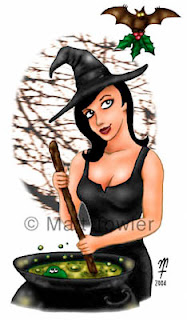 I've been meaning to print these to sell as cards (they can work for both holidays!). I printed a small run for Fool's Mansion in Salem, MA, an obvious place to sell them. When I was there recently there were only four left. Wish I could've afforded to print more. Another Kickstarter possibility? 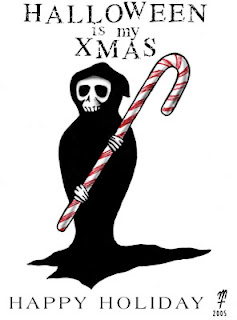 Posted by Matt Towler at 8:37 PM No comments:

Email ThisBlogThis!Share to TwitterShare to FacebookShare to Pinterest
Labels: art past, Halloween

I'm recovering from a root canal tonight. For the sensation of somebody excavating within your jaw, I heartily recommend it. Here's hoping the tooth will be saved, I can't afford another implant, but neither do I want a gap in my mouth.

Sketching when I can but nothing worthy to show you. I find I'm still doing more photography, glad that I take my point and shoot everywhere, you never know what you'll run into. Although I really need a digital SLR camera, if only for more control over the pictures, like depth of field. I try to use what I have, though. I think I get pretty damn good results for what is available to me. I still feel pangs of jealousy when I see tourists with fancy cameras (or TWO) taking pictures of buildings. Once we had shoeboxes full of photos that no one will ever see, now we have hard drives full of them. Although I try to get my photos out there as much as possible (see my flickr page).

I look at the prices for such cameras and wonder how "ordinary" people can afford them. Trying to figure out a way to get one. Kickstarter? Would people give me money to buy a camera? I need to investigate further. Even used prices are several hundred dollars out of my range and I need to save money more for my eventual move. 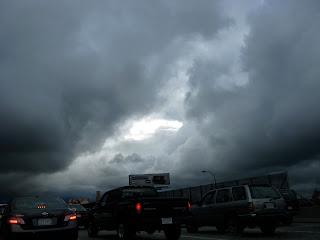 Nothing new this week, the last week has been mostly anxiety-ridden, something I hope I can fix, it's really crippling me at times.

Just heard the news this past hour that Steve Jobs has died. I wouldn't be typing this now or have created half of what I have in the past two decades without something he had a hand in creating. Yes, I've used PCs, I'm no Apple worshipper, but it's definitely a preference for creative types, still. RIP.

The gallery opening that the piece I created is in was this past Saturday. Nearly every spot on the wall was filled, delightful to see with the Halloween theme.

Here's a seagull to send off Summer with. 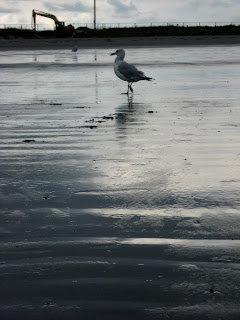