I was in Austin,TX this past weekend, to DJ at a goth gathering, but also to see a new city, something I don't get to do as much as I'd like. I spent a fair amount of time exploring on my own, partially from not knowing the streets or the public transportation. I definitely walked more than I had to in retrospect.

I noted quite a bit of public artwork:

This brought to mind my brief foray into doing graffiti art on my own, even going so far as spray-painting in public quite a bit in 1987. I know the date because I found a book full of designs and the ones I used were noted as such. I was quite busy that summer! The bridge that most of them were on is currently being renovated, so if they are actually still there, they won't be for long. Assuming that they weren't painted over by others, which is par for course.

I have no idea why I used black & white film! 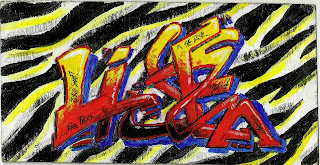 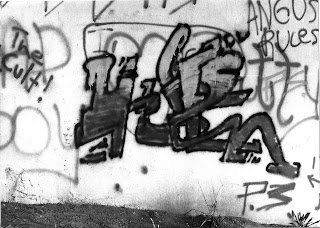 I also did some inventive things to the blank road sign outside my family's house. Wish I had taken pictures of all the ones that I made. 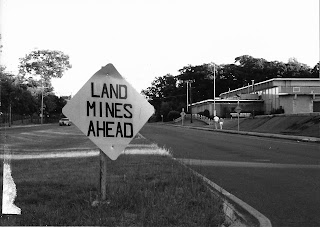 This phase was brief, as I was definitely not a minor and didn't care to get arrested for something like this. I also found it amusing that one of the police officers on the graffiti task force was once an artist himself, I knew him in high school, so he certainly knew how they thought and how to catch them, I'm sure.

Silly bugger even tried to look the part. Love that boombox. 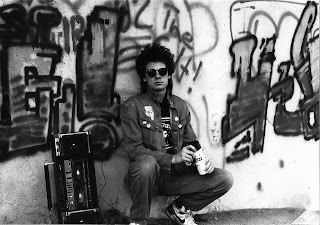 Email ThisBlogThis!Share to TwitterShare to FacebookShare to Pinterest
Labels: art past, graffiti

I continue with the archaeology of my creative past. I have plenty of new ideas as I've said, and am making some progress on several different ones, some just in my mind (sometimes they have to incubate there for awhile). But I'm still not creating at the speed that I'd like, so in the interest of going forward I'm looking backwards to see if that helps in any way. It's interesting to see long-buried artwork, too.

I've had an interest in photography ever since having one of those cheap little cameras that took the cartridge type of film so you didn't have to contend with trying to thread film, often improperly. That joy came later. I was definitely more ambitious than those cameras would allow, and You Kids won't understand this, but I wouldn't find out until the film got developed and sent back to me. I'm sure the people developing my film had NO idea what I was doing either.

One thing I remember liking about art school was getting to try nearly every kind of media, and in my second year I started on photography, with a "real" camera. You had to complete and develop at least one roll of film each week, and darkroom times were not always convenient, which reminds me of a thing that I didn't like about art school, that some teachers didn't seem to take into consideration that you had other classes and assignments to complete.

I don't miss trying to spool the film into developer tanks in the dark or the smell of those chemicals, but I can't deny enjoying seeing the images magically appear before my eyes. 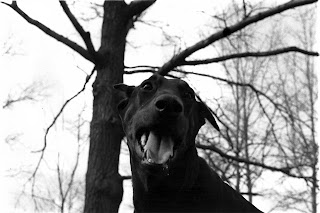 And it appears I was into "darkness" even then, which makes for some difficulty in developing, I can tell you. I still don't like to use the flash. I need to learn to control it better, or get a better flash. 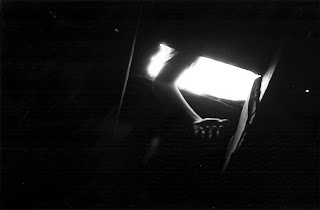 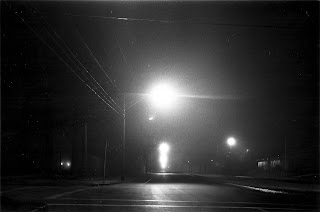 I need to learn the ins and outs of my current camera more, and there's some classes I'd like to take concerning that, but, as usual, $$$. I'd like to do photoshoots with models again; haven't done one since 2008. I sometimes get some interest but it seems I have to keep reminding some of them of said interest, and I hate to be a pest, and if they were truly interested why do I have to bug them?? Gah.

So who's this bozo? 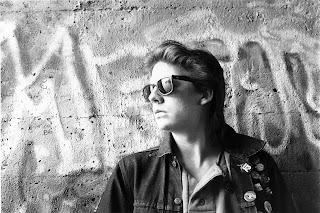 Email ThisBlogThis!Share to TwitterShare to FacebookShare to Pinterest
Labels: art past, photography

:tapped by the wrecking ball:

I don't want this to become yet another record of reasons why I didn't get much creative work done recently, but yet again so many other things came up this week. And I'm still having some mental issues while at home, so I don't rush home to create like I feel that I should.

I do my best to find something interesting to do on the weekends, even with limited time, which was the case again. But I did get to take my camera out and photograph the annual World Pillow Fight in Boston. This local group, Banditos Mysteriosos, put on some interesting events that often involve large groups showing up in a public location at the last minute and doing things like a watergun fight, or, yes, a pillow fight. Apparently this goes on all over the world at the same time, I think we came close to having the largest group a few times. I don't think that was the case this time, and it seemed to me that there were more spectators than participants, but it was still interesting to watch. Here's one of my favorite shots, and the rest are up on my flickr page.

Posted by Matt Towler at 9:36 PM No comments:

Most people look to the start of a new year to think of how to move forward or improve themselves. I've been doing my best to do it every new month, to see where I was (or wasn't) and hopefully improve on that in the new one. Naturally for me that includes creativity.

The past month wasn't a good one for me, barring some photography, and I had to go out and seek subjects in that case. I've been digging through boxes, finding the archaeology of my past, and I'm sure I'll get more of that up here. Trying to see where I'm going from where I've been. Maybe I do that too much as it is.

At least I've kept up my New Year's promise of the sketch-a-day book. Some days they aren't very interesting, and some nights they're done just before midnight (haven't done today's yet!), but the point, I keep telling myself, is just to get out down on paper. I didn't used to have to be so insistent with myself about this. I wonder when and where that first changed. 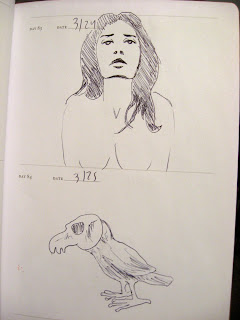