Nothing for show and tell this week other than some very rough sketches that I don't know whether or not if they'll turn into something better. Plotting in my head, as per usual, that path I should be taking, which will rocket off once I get the better apartment that I deserve by now. Looking into getting into more galleries. I've been in a fair share of group shows, no solo shows yet, although the closest one was a three person show at Space 242 a few years ago.

One of the biggest obstacles, curiously enough, is that whole "artist statement" thing that usually accompanies exhibits. I've sure you're read a few. Or maybe not, maybe only gallery owners read these things. In any case, they often read to me as overblown descriptions of the artwork and process. I just create from what's in my head, I can't always explain why or where it comes from. "Beauty & decay" is the best description I've come up with, which just might be the title of my website, once I finally re-design the damn thing.

Email ThisBlogThis!Share to TwitterShare to FacebookShare to Pinterest
Labels: galleries

August is turning out to be a very non-productive month for me, due to work and home issues, I'm sure. I'm making a point of making time for sketching, though again it's sad that I have to both find the time and force myself to. Redundant, but this will all be fixed by a better apartment. Yep, still looking.

I saw this blog about creepy dolls and just had to add mine to the bottom of it. 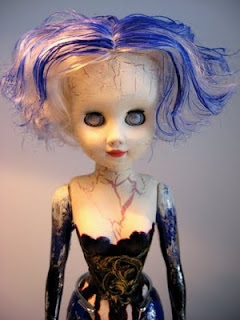 Posted by Matt Towler at 9:22 PM No comments:

I swear this wasn't planned; I just hang up my latest artwork on the wall, it just happens to be next to a doll with tentacles. 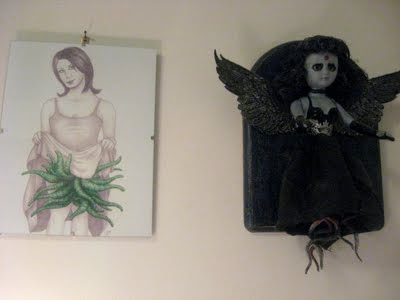 Here's a closer look a Goddess of the Hallway if you've never seen her before. 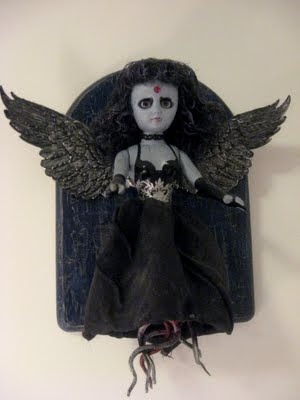 Busy this week getting back into the wretched day-job schedule, plus a DJ gig Monday, and other things, leave very little time this week for creativity. It's very sad. So here's a picture of a seagull marking his territory.

After spending so much time working on one piece, there is some downtime, at least as of late, since I spend so long on them as opposed to knocking them out in a day or two. Although that was probably in the years of more free time...when was that??
The gallery opening was excellent, as all Fool's Mansion shindigs tend to be. I did not sell the piece on opening night like I did last time, but I wasn't really expecting to. People liked it. Hopefully some time over the next month somebody will like it enough to buy it.
I'm also on "vacation," although not able to afford to really go anywhere for it, but I am spending as much time outside as possible, not just because it's summer, but there's still apartment issues. Two neighbors have moved out, which is good, but it appears I have a new one next door already, which could be bad, given my track record, and may lead to panic attacks again. Ramping up the apartment search again. So tired of this.
In the midst of this I don't know what my next piece will be. Scouring through the sketchbooks, surprised at some of the things I came up with. 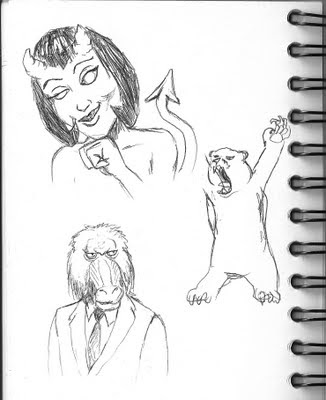