In what appears to be a regular occurrence when I'm getting into a decent creative groove, I find that I once again have to curtail such activities and focus more on "real life." In this case, the still-present need to find a new day job, with news from the current one concerning changes that I want no part of. True, I adapted to the last batch of changes that I also didn't like, but I'm tired of settling, especially after an insulting and pathetic "raise" this year. I hear co-workers blissfully looking forward to retirement as their plan of escape, no matter how close or near that might be, and I'm sorry, that can't be me. So once again I need to find what would be a better replacement. It's tempting to just leave, I see advice all the time about doing this - "you can just leave" - but they don't tell me how I'll pay my bills in the meantime. I have books about job hunting that I bought this year and need to finally finish. Let's hope I succeed before summer's end.

So, therefore, nothing much to show you this week. Still researching Kali, but that's still at the notes phase and no sketches as of yet. It's forming in my head, though.

I'm itching to photograph people again, too. Trying to figure out how to make that happen, as people certainly aren't approaching me for it. I may have to pay someone through Model Mayhem again. I know a photographer in Salem now who does regular photo sessions with models at this studio and invites others to shoot with him, but thus far these sessions have been a little pricey for me. The next job had better pay more, I can say that for sure.

Here's one shot at least. Monday night at the dance night that I regularly DJ at, "Ceremony," we had a theme night based on the Mad Max films, which made for some interesting outfits to say the least. We had another person as the "official" photographer, but I got a shot of one of our DJs that night. I saw the dramatic lighting on one of the walls and couldn't resist. 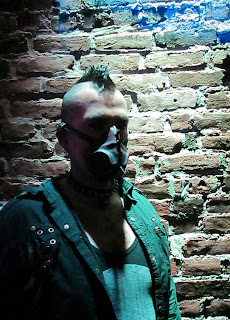 I didn't volunteer for this job, as for one I don't do so good at nightclub shots, lighting-wise, and also I'm not the best at approaching random people for their photo. But, truth be told, I did pretty good at just that at a recent steampunk festival. 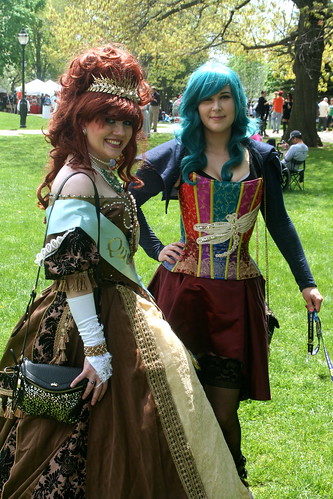 I also still need to get into more gallery shows, with older works, alas, if I have to curtail new creations for awhile. Going to look at one now that has a deadline of tonight.
Posted by Matt Towler at 9:36 PM No comments:

As stated last week, after thinking I was completed with the latest artwork, I felt that something was not quite right with it. As I also said, I could re-work some pieces forever if I don't stop myself.

Thankfully the model on whom the artwork is based on pointed out what was amiss with it. One can spend so much time with your nose to the drawing table (or computer screen) and not see what becomes obvious later. Definitely one reason why I sometimes have to step away from some pieces for a day or two. And one thing to miss about art school, having other artists' input, which I really don't get much of anymore. 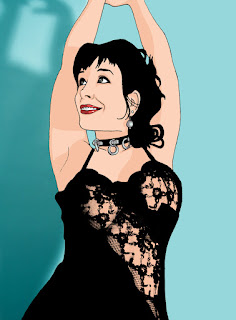 The problem had something to do with the eyes. In the last version they were big and cartoony, which was somewhat by design, as I wanted it to be somewhere between realistic and a cartoon. But on retrospect that didn't work. Plus, while I'm proud that I didn't trace the original photo, putting it on a layer below the drawing in Photoshop showed that the placement of the facial features were off just enough to make it not work. So that was fixed as well. And the model seems pleased. 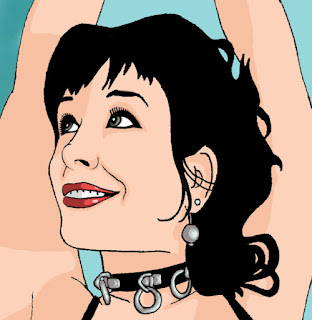 Still doing research on what I think will be my next piece, one of Kali, but it's more notes than drawings at this point, so nothing to show you just yet.

I'm still not entirely sure what I believe in as far as anything spiritual or religious, I'm the kind of person who needs hard evidence more than blind faith, but one has to admit, as far as deities go, at least the Hindus are extremely creative. How can you not love a god with an elephant head?

Still have my camera with me at all times. Caught some stormy scenes, one of hopefully many visits to the ocean this summer, and Waterfire yet again (although I skipped it entirely last year). I must have over a hundred shots of the fires reflecting on the water by now, but I still find it mesmerizing. 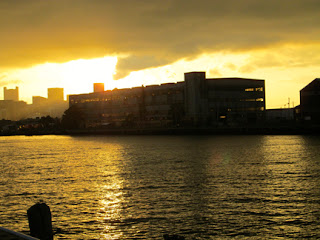 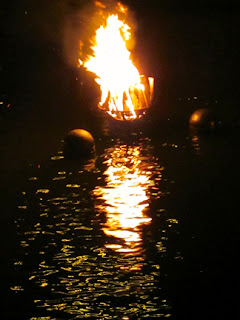 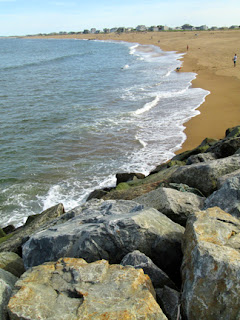 I believe I finished my latest piece, and didn't take too long on it, which was partially the point. Still waiting for final comments from the model, since she did request it, but I consider it "done enough" for now. That's pretty much the state of any artwork, one could rework and fiddle with them forever. 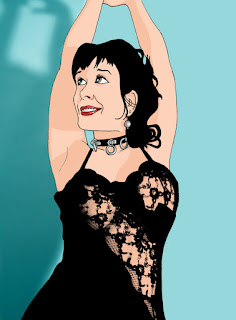 Actually, looking at it now, I was emulating the shadows of the original photo, but I didn't want them to be as dark. Now I'm not so sure they work this lightly. Oh boy. See? I could work on some of these for far too long. Once again I don't think I could work in comics, couldn't meet a monthly deadline if I obsess over every line. 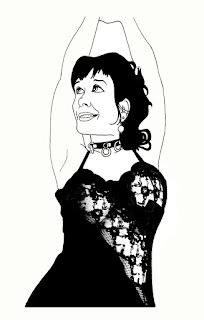 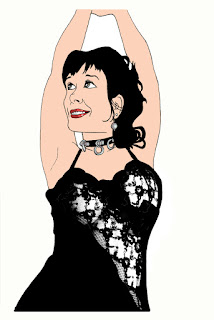 The process itself went pretty smoothly, though, scanned in the inked lines and colored from there. I'm sure pretty much all of it could've been done in the computer, but I'm still not adept at using the Wacom tablet. Something I need to set time aside for. Like way too many other things.

I'm already looking ahead to what's next, so far the top contender is a depiction of Kali, which has been lingering in my sketchbooks and mind for way too long as it is. The idea I have in mind is not the usual horrific depiction of her. At least that's not what came into my mind, I didn't find her frightening at all. I don't know what that says about me.

Also, of course, need to finish the website. An essential part is to re-photograph the Homunculus dolls for it. I'm also due to make another one of those, too.
Posted by Matt Towler at 9:42 PM No comments:

Continuing to work on the drawing based on a photo I took. The inking part was easy enough, the rest will be done on computer. 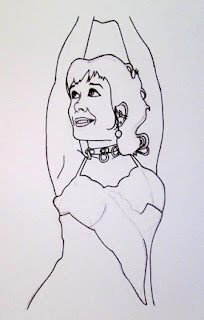 The outfit has quite a bit of lacy material and my original intention was to draw it all. I sketched it out in pencil, it looked fairly well in parts...but not well enough. One goal with artwork this year, thanks to the usual lack of time allowed for it, is to not make it more complicated than necessary. So I went back to the original photo and used the threshold feature in Photoshop to get it down to as much basic black & white as possible. 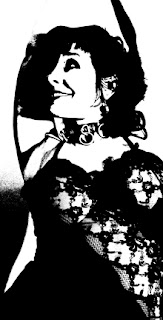 And from there I added it as a layer and combined it with the drawing. Still more work has to be done on it than seen here, of course. 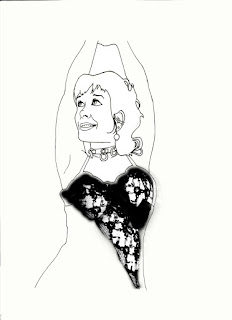 "Cheating?" Perhaps one way of looking at it, but I'm thinking more of it as using whatever process possible to get the work done more efficiently. Certainly it'd be more impressive if I had drawn all that lace myself, and I did make several attempts, but after much erasing I felt that was expending too much time on that part.