Most of the past week was too busy with work and after work stuff for much new art to show, again something I'd like to change. I'd love to be able to come home and unwind by drawing or something along those lines, but, again, not in this place. Changes that I'm setting in motion will hopefully change all that this year.

A lot of "behind the scenes" work this week mostly, like ideas for the website update. I'm told this shouldn't be a main reason for the holdup, but I want to redesign my logo, which will also become my watermark to put on online images, and although I think at this point that there's precious little one can do to prevent people from grabbing images, at least I can make them lo-res or with a large enough watermark to cover important bits of the image. People have complained about this in the past, but I still would like people to actually pay for the art if they like it enough.

On that note, I noticed on a recent visit to my deviantArt page that many of my older works had the "download image" option selected, which I didn't do. So people have been getting free artwork for who knows how long. A part of me is flattered that they liked my art enough to do so, but also insulted that it apparently wasn't worth paying for. A major problem in this internet age, people want it all for free, music art and information. If the creator allows it, fine. I'm probably the last DJ who pays for music, although I recently did a major search for a track I wanted and there was no legal way to get it. My first online crime.

I still doodle while at work and it's still mostly of horrible things being done to the spaniels (example below). 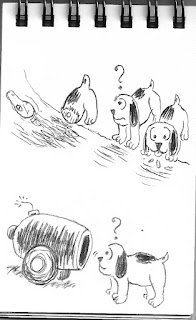 Some of it is just blowing off steam, I guess, but part of me still feels that there's a story there somewhere. I've also been bingeing on Philip K Dick stories, which can really alter one's view of reality. One idea is of a virus, and why should it be something microscopic? I've certainly seen the comparison of the human race's treatment of this planet to that. But why not another organism, one less intelligent? The spaniels really don't think of much beyond eating and breeding, and they do both things rapidly. What if something like that was actually threatening human existence, as unlikely as it seems? What lengths would people go to to eliminate it? You'd think nothing of wiping out rats doing the same thing. Ponder ponder.
Posted by Matt Towler at 10:15 PM No comments:

Email ThisBlogThis!Share to TwitterShare to FacebookShare to Pinterest
Labels: spaniels

I made a long overdue return to figure drawing this week, something I want to do at least once a month. There's no shortage of such sessions in the area if you know where to look. I was amused to find that the place it was held in was in a building that I pass every day on the way to work and often thought, "they should put artists' studios in there." 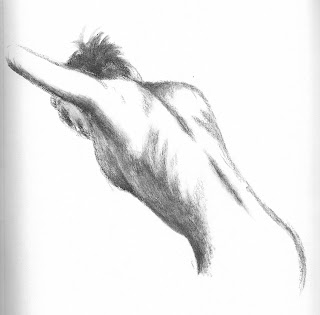 I prefer the longer poses so that I can get more detail in, but the shorter ones are necessary to warm up, for both the model and the artists. Actually the original model cancelled at the last minute, so one of the artists stepped in, but I'm guessing this wasn't her first time doing so.

Once again I fail to note the passage of time while drawing, which is a sensation all too lacking during, say, the day job. Thankfully somebody keeps track of it, 5 minutes pass before you know it and I know I couldn't hold some of these poses for very long either.

I of course also take note of the studio we're in and dream of having a similar setup myself, someday, soon. 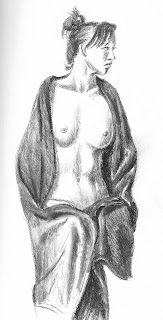 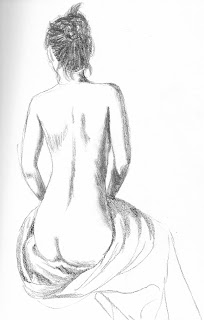 Where does the time go? Nothing much to report, been busy with other things that will hopefully lead to better things. How's that for vague? Most of my doodling has been more spaniel abuse, and I think I'll spare you that this time. Like I said once, part of the theme there is "what awful thing can I do to them next?" And they're getting pretty awful.

So as not to make this post barren, here's a pic for yesterday's "holiday." I made cards of these this year, for sale in Salem. Hope to find out soon if they sold at all.

For the past week I've been pondering new employment, as there are changes ahead where I work that I don't think I'll be cool with. They aren't happening immediately, thankfully. I've often said about this job that I wasn't planning to stay there forever, but I can't wait for the perfect moment to leave, so I'm starting my search.

Unfortunately the best I've done so far as describing what I think my "dream job" is is one that's "creative," so I need to get more specific than that. I know from others who've been there that an ad agency is not for me. I've considered video games, so I'm seeking more information about that. What I already know is that there's computer programs that I need to learn, in particular 3D ones.

I used to play them a LOT when I was younger, and here's where I date myself, I'm of the Atari generation and the coin-op arcades. The most recent platform I have is the Nintendo DS, and I hardly use that lately. My computer is a Mac, so insert joke about the lack of games for it, though it isn't as bad as it used to be. I need to find a controller for it, some games are near impossible with a mouse and keyboard. I haven't finished "Portal" yet because of this, even though I know what I need to do.

The last games I was really into were the "Doom" and "Quake" series, although after completing them, I found that I spent more time exploring the castles and dungeons, and downloaded as many maps as I could find. Unfortunately they don't work with the current OS, or at least I haven't figured out how to convert them. I'd be the wrong person to to play Tour of Duty with, I'd probably be distracted by some interesting architecture. 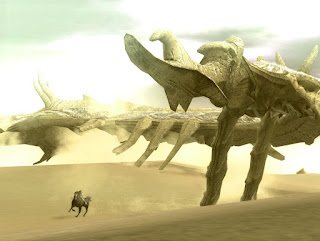 I tend to like unique and out of the ordinary games, which is one reason why I got the DS. What I've seen and read about one called "Shadow of the Colossus" almost makes me want to get a Playstation just to try it. And to try and think up something similar on my own.

Oh yeah, Valentine's Day next week. Here's a Gorey Valentine for you. 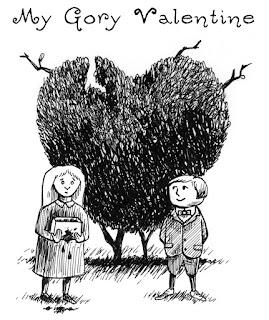 Something I've doing since I finally got weekends off from work (no such thing in retail) is attending the Lunar New Year celebrations in Chinatown. The lions (I used to call them dragons, oops) are so vividly colored and I tend to overlook that's there's people inside and treat it like photographing on safari. I wanted to attempt to visit another city's Chinatown this year, but I couldn't find an exact date for NYC's celebration, so, here we are in Boston again.

One goal for this year is to get a "real" digital camera, but I think I do pretty good with my little point and shoot.