Most of last week's spare time was spent looking for and buying things for an upcoming photoshoot. Some supplies, some props. I would love to get better lights, but alas that is not financially possible right now. If money were no object I'd have my own studio anyway. But I think I can make the lights that I do have work. Finally have a proper backdrop and paper for it.

I like the idea of having props on hand, though I could see it as becoming more clutter at a time when I'm trying to get rid of it. One thing I was searching for was a standing mirror, I managed to find one and even talked the price down for it. One future idea of mine involves a series with a chair, and I'll know it when I find it.

A handful of photos while at an apple orchard this past weekend. Might've taken more if I weren't so uncomfortable, as I dressed for September and suddenly it was August again. 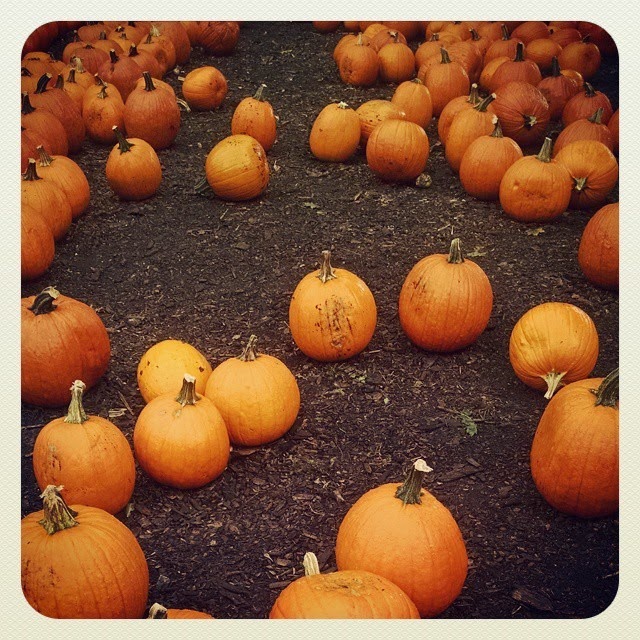 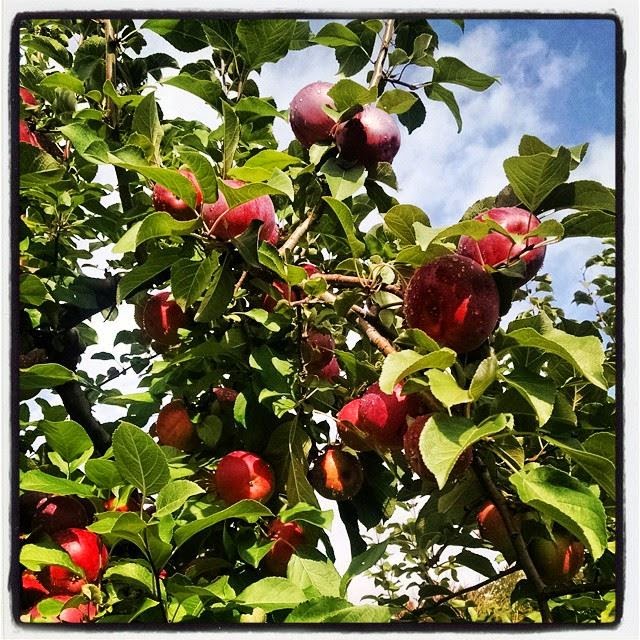 This past week I went to my first Meetup with other local photographers. I'm hoping to meet and talk to more artists, art by nature is a solitary activity, and it helps to get some feedback and other benefits from others who are hopefully of the same wavelength as your own.

I'm glad that I did it but have still some lingering mixed feelings about it. I'm sure I'm overthinking things. One thing that I know I need to learn is the more technical aspects of my camera(s), but I think sometimes some of the people there were focused more on that than the end product. I'm not so sure they shared my love of "happy accidents." I can't recall the ISO or whatever I used on each individual shot, and I don't see why I should. I detected a bit of "oh, really..." when I said that most of the shots that I showed were taken with my point and shoot camera. What does it matter what tool you use as long as you get the end result that you want? Probably because of this I didn't even bring up Instagram. 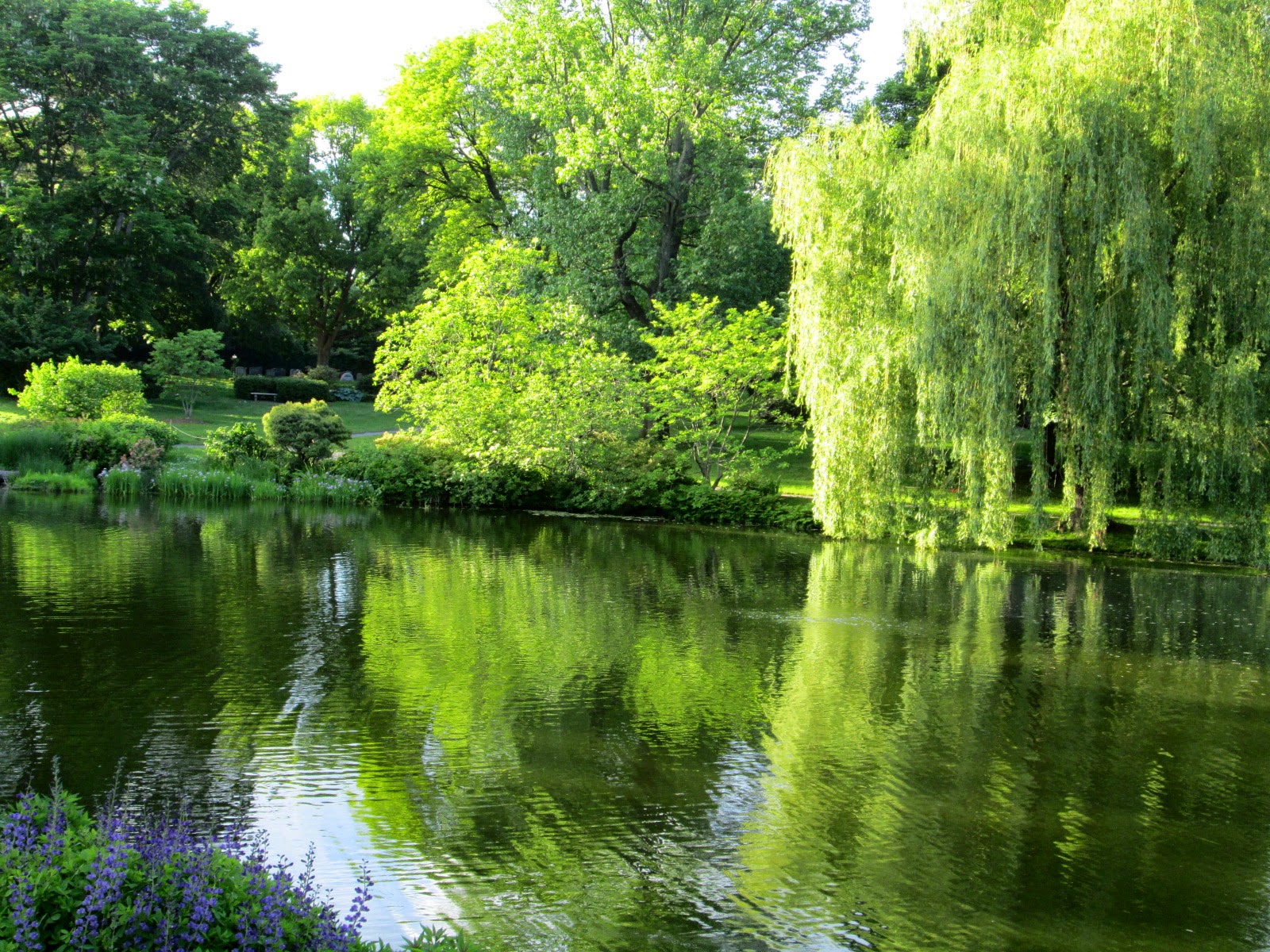 In the above photo, the critique was that the horizon line wasn't perfectly straight. I was like, really? I'm not one for rigid rules. There were lots of pictures of dogs and flowers which, while technically well-taken, were not very interesting to me.

Eh. As you see, I may be taking it a bit too personally. I'm just, and have been for some time, trying to find like-minded artists, and it's been very difficult. I think at the very least I'll learn more technical skills, and there are other Meetups to try out. There's a group in Salem that I haven't made it out to yet, maybe those in a spookier town will be more akin to me.
Posted by Matt Towler at 10:28 PM No comments:

The most creative part of this past week for me was allowing my own flesh to be a canvas; got another tattoo. It's a text tattoo, so some may not see that as visual as most, but I see it as no less. Some people these days even tattoo their entire backs that way, but who has time to read that? Heh. 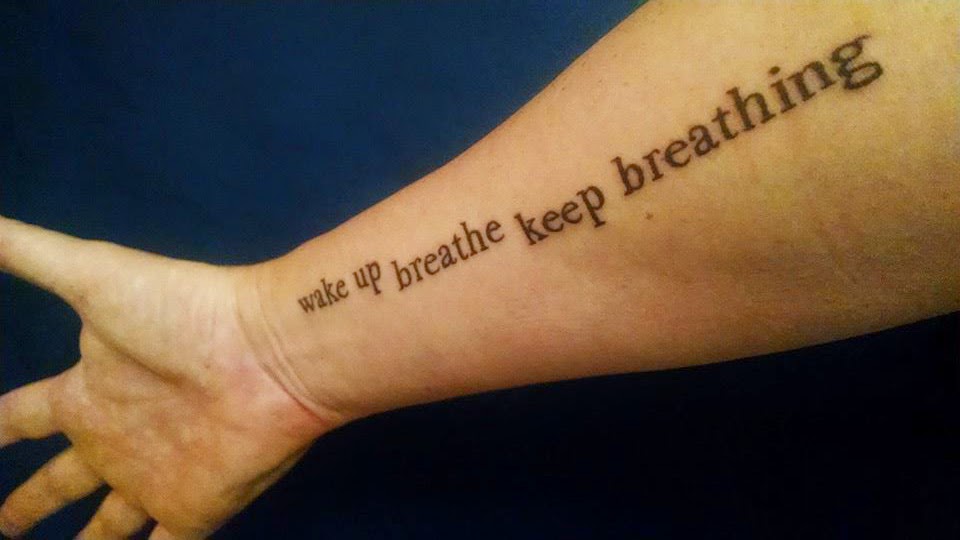 Me being me, I agonized over both the typeface and how it was arranged. I toyed with it being wavy rather than straight, but because of its placement on my arm, it would get twisted when I turned it anyways. The artist who did it (Tara at Good Mojo Tattoos in Beverly, MA) does a lot of text tattoos (which is why I chose her) and says she's had to explain that to many people. 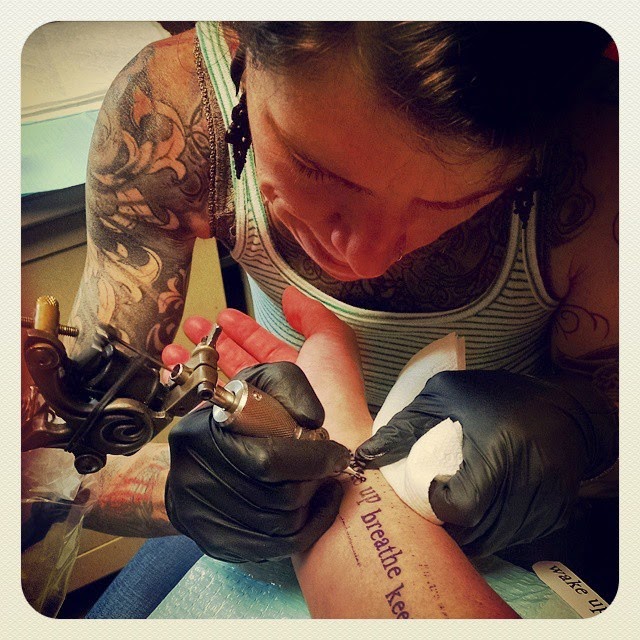 Also me being me, I'll need another one on the other arm, because I like symmetry. No idea if it'll be text as well. Hell, this one just came to me in a flash only a month ago.

For those who don't get the reference, it's from a song by the Golden Palominos called "The Ambitions Are." It's pretty dark but I'm taking the refrain in a more positive light.

I've been intending to hunker down and improve my photography, but as ever, trouble finding the time...I need to change some habits if I'm going to use the little time "allowed" to me. Gearing up for a photoshoot in early October, need to make sure I have all I need and make sure the lighting is better since it'll be indoors. I think I did fine last time, but there was definitely room for improvement.

Also trying out various print options. This one was actually printed on wood, I'm going to see what glass and metal prints look like. 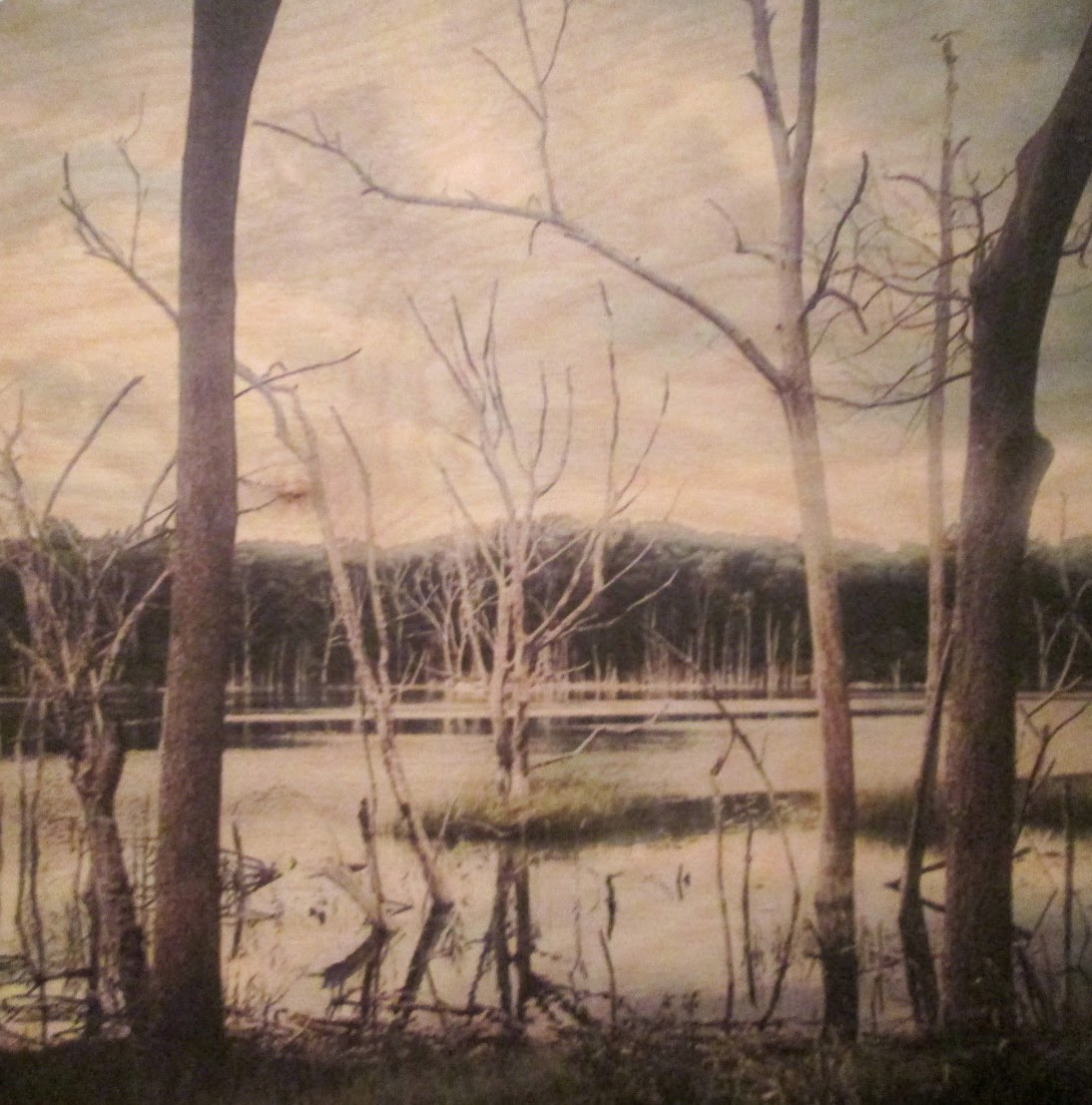 I also found a few frames in my pile that are square, perfect size for an Instagram print. So I was thinking that I could print the most popular one and give it away here. And yes, this is my way of trolling for comments. Why be shy? Go to my Instagram page and tell me the title of the one you like the best on the comments below, the one that gets the most "votes" I'll give away, in some fashion that I haven't thought up yet. 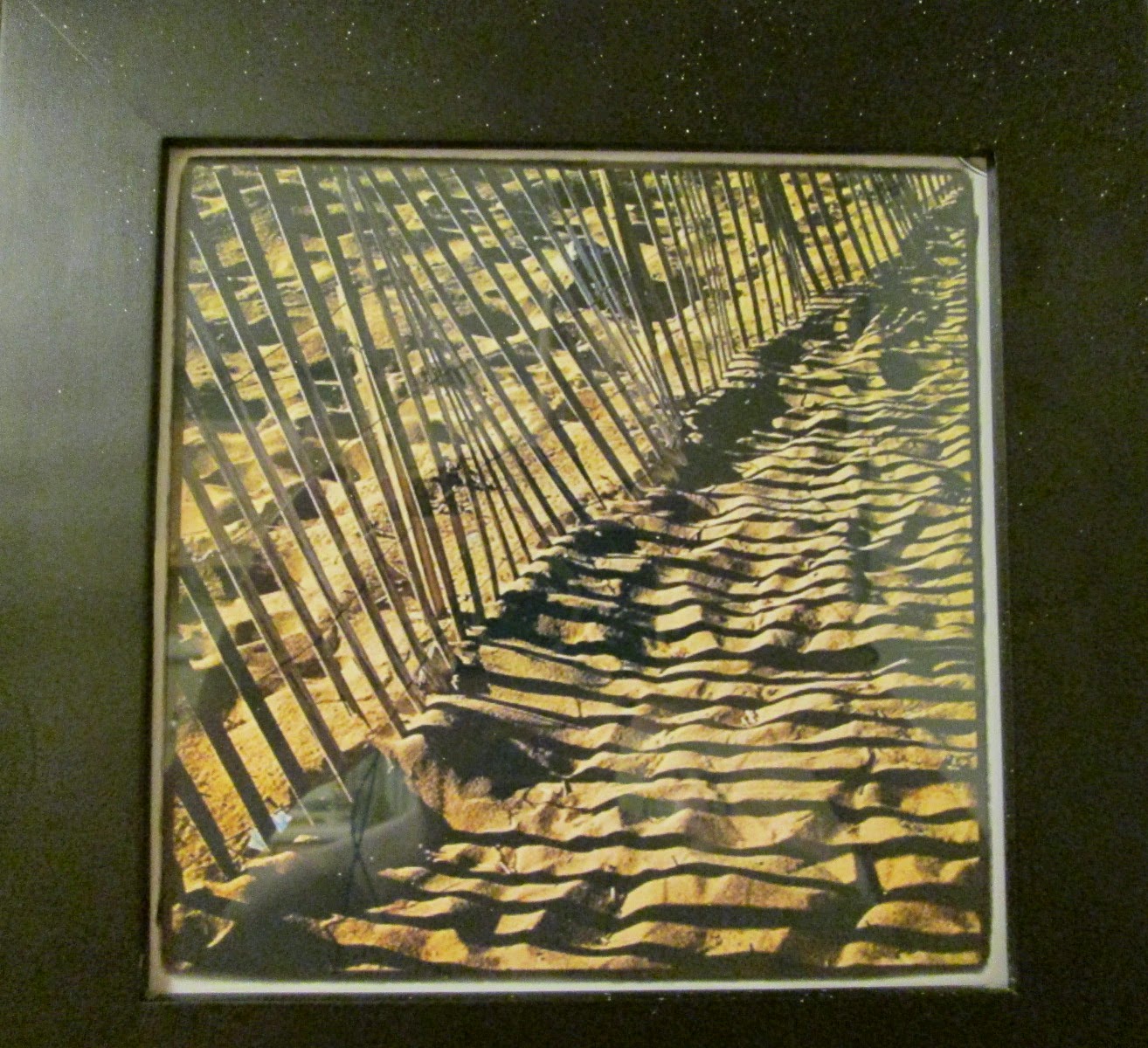 One thing that I did on last week's vacation, and has actually been an unspoken goal of the past year, was to find more places locally that I haven't been to yet. If I can't travel globally, I can at least see more of what we have have around here. Some day you will see the Pyramids in my Instagram, though.

Unsurprisingly most of my journeys took me to the ocean, some regular places, some new ones, like Singing Beach, where the water was amazingly warmer than usual. Usually you have to get used to the chill of the Atlantic up here, but there was no need that day. They don't make it easy for people who aren't locals to visit, though. 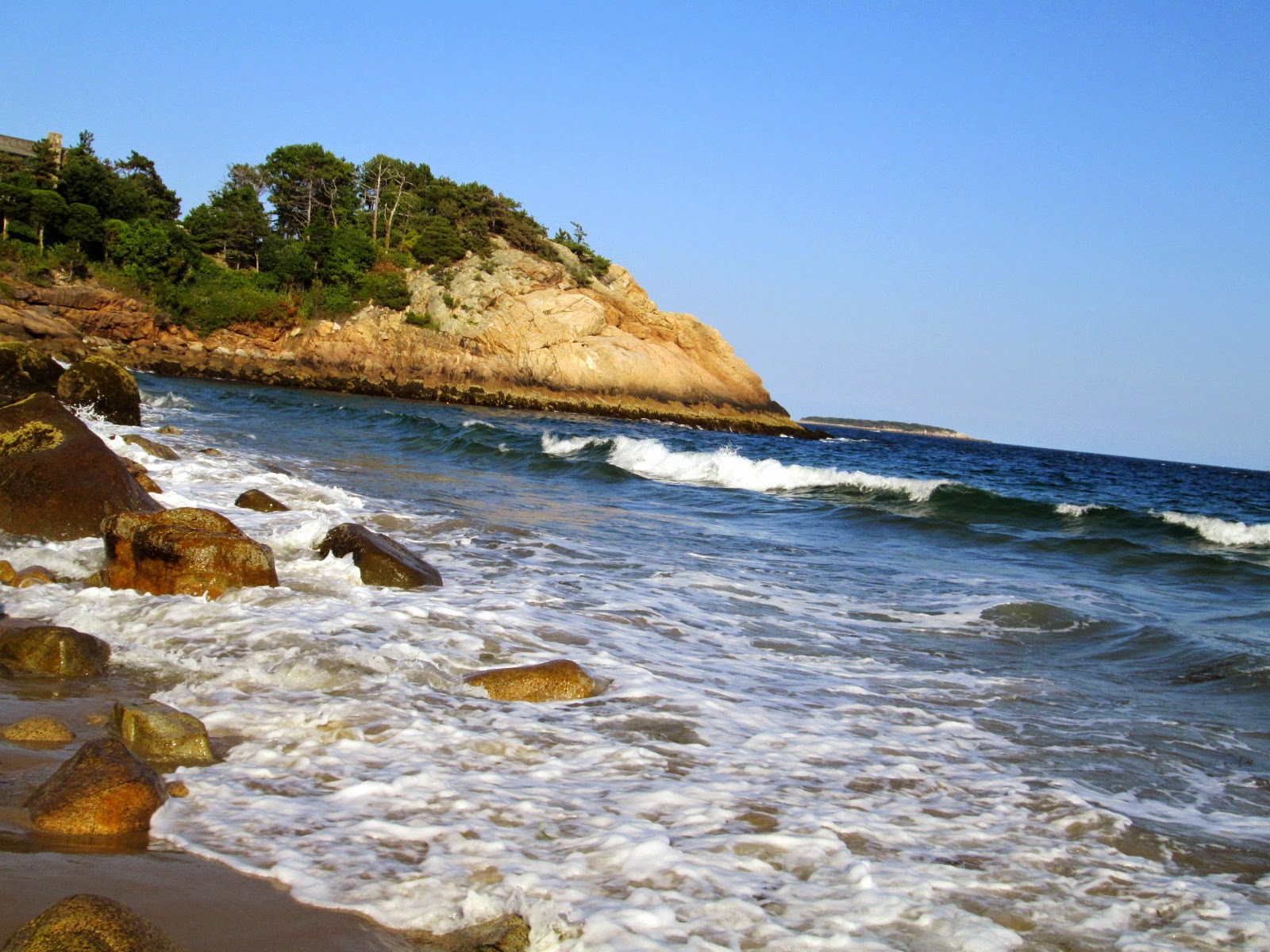 I also made it to Plum Island, which is actually a peninsula, and a gorgeous one at that. I only made it to a small beach area; looking at a map one can see that there is so much for me to explore there, and I intend to. I think it'll still be worth it in the upcoming fall. 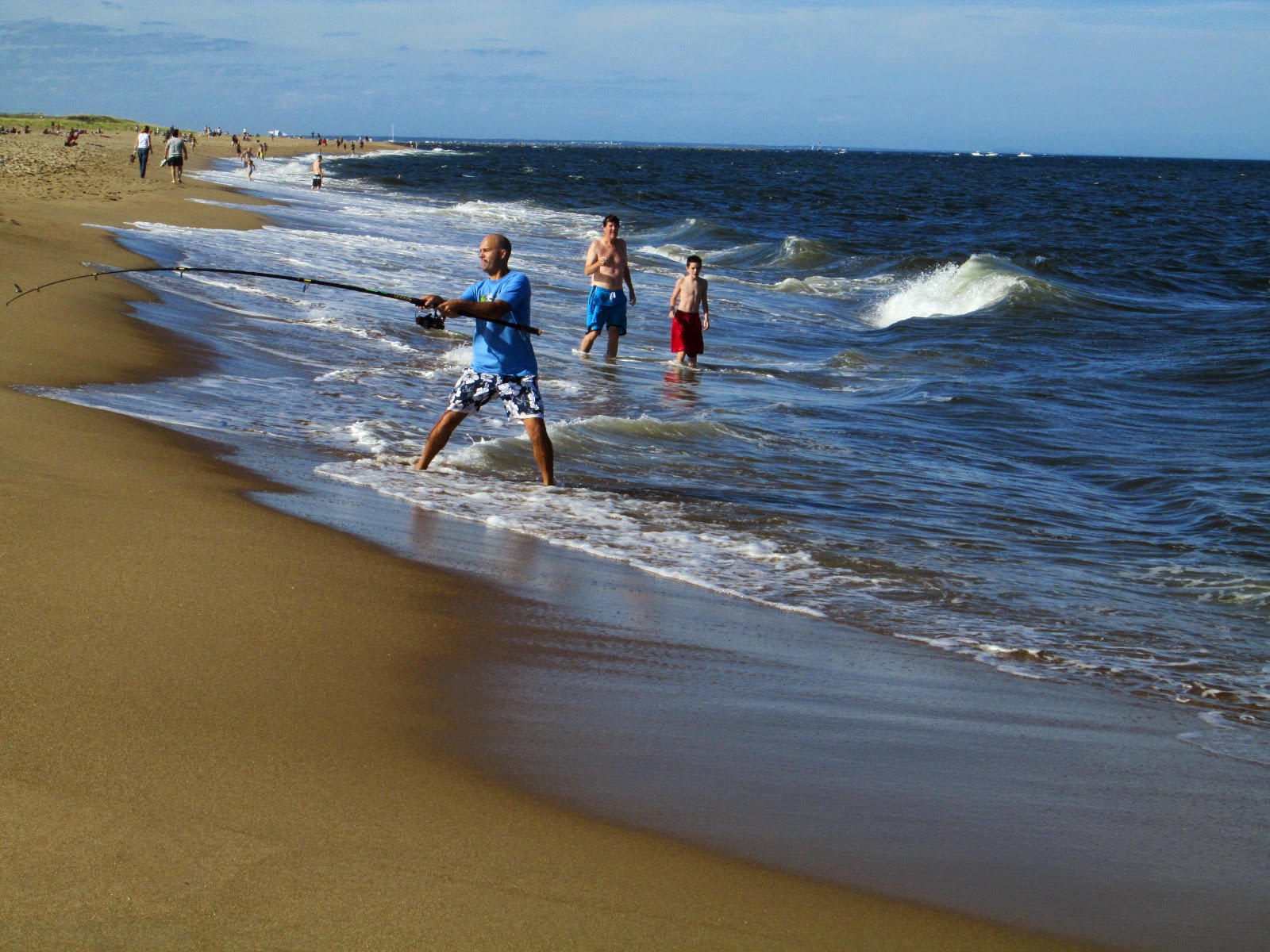 Plans post-summer include really focusing on getting better at photography, and there is the possibility of a new photoshoot with somebody that I hope comes to fruition, I won't say anymore for fear of jinxing it.
Posted by Matt Towler at 10:29 PM No comments: