This past Monday we were blessed with wonderful warm weather in October, probably the last of it before the eventual decline into crappy sub-zero temperatures for too many months - trying to stay positive, honest - so I took advantage of it by having an outdoor photoshoot, with a model I haven't worked with since almost exactly a year ago. At least we seem to be getting in one shoot per year now. 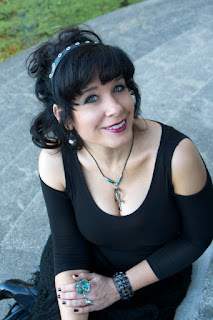 We went to a park that I've done two other shoots in so far, and the nice weather seemed to inspire others; I've never seen so many people there at once, and many of them with cameras as well. Fortunately, unlike my last shoot there, clothing was involved (three outfits). 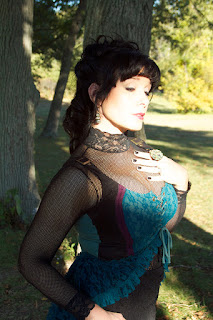 I'm finding that I'm learning something new with each shoot that I do, so of course I desire more. I learned a bit more about exposure settings on the last one that helped out this time around, and also experimented with a reflector too. Today's first lesson was that I'll need to get some sort of weights for that so that it doesn't keep falling over. And I also see why people have assistants to take care of such things, though I don't see that happening for me anytime soon. 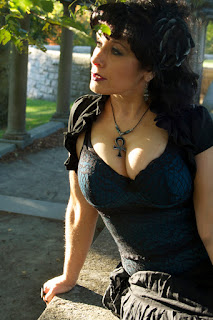 I'm still sorting through the shots, of which there are roughly 100, and still have to finalize ones from the last shoot, but generally I'm happy with the results. Any mistakes, I can pretty much figure out what I did and will hopefully remember next time. 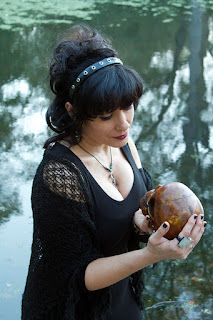 The shoot with this model was pretty relaxed as usual, getting moreso as the shoot went on, with things often getting goofier by the end, usually a sign that we've had our fill (the sun setting was another sign). She seemed to enjoy working with props more, this time a wooden skull that she actually requested that I bring. Here's hoping we don't wait another year for the next shoot. 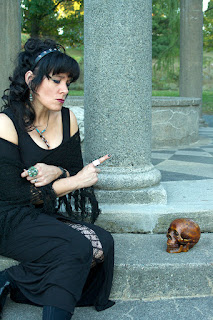 I'm also gearing up for next month's NaNoWriMo, which I completed successfully last year, and intend to do so this year as well. I actually have a head start, an unfinished story that I attempted in 2009. Me being me, I already have cover art in mind, and will probably make a mockup of it before I begin. We'll see if it takes every bit of spare time like it did last year, leaving little room for other projects.
Posted by Matt Towler at 9:39 PM