I finally got my shots back from my third attempt with the Holga camera. I have to do it the (now) old fashioned way, bring the film somewhere to get developed and wait, and since it's 120 film, your local CVS just won't do.

Looking them over, I found that while there is a setting on the camera for low-light situations, most of the shots I took during a rapidly setting sun were quite dark, so I think I'll only shoot in adequate light from now on. The shots that I liked best were the double-exposed ones; there's no auto-forwarding to the next frame with this camera, so you can shoot over the same shot, or even just advance the film halfway. I wonder how many exposures you can pile into one frame. 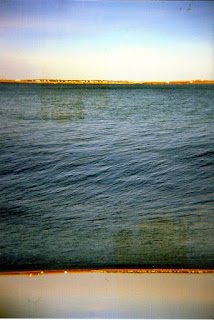 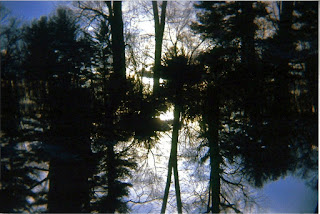 I'm also still going through the photos from Tiffany's photoshoot last year, but I think I'm nearing the end of those. Right now I'm still experimenting with textures and colors. Again, I think the original shots stand fine on their own, but I like to do something more to them. To hopefully make them more my style. Assuming that I have a recognizable style. 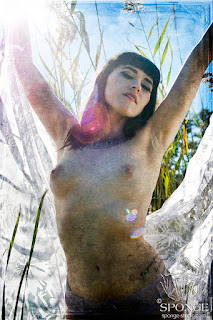 This latest one isn't done yet...been playing around with reducing the color palette and detail. It almost looks like a comic book panel. 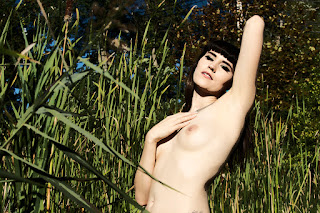 With a few exceptions, my method with model photoshoots has mostly been to set 'em loose and see what happens, and along the way, ideas usually present themselves. I am feeling the need to have a concept in mind for future shoots. I recently had a traveling model like Tiffany contact me on Model Mayhem, and I'm considering working with her, but I'd like to have something more specific in mind before I agree to.
Posted by Matt Towler at 9:58 PM